5 Trends in the Sharing Economy 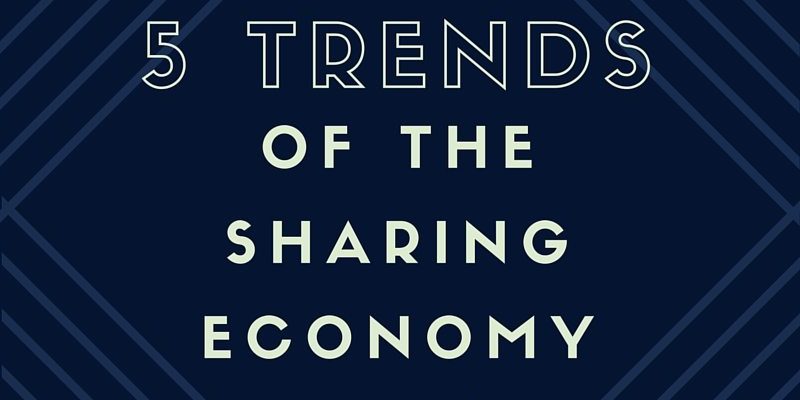 You’ve heard a lot about the sharing economy and have most likely used a range of services it offers, from Airbnb to TaskRabbit. You have probably also heard about changes, wrinkles and shifts in this emerging sector. Here are five trends in the sharing economy to watch out for. 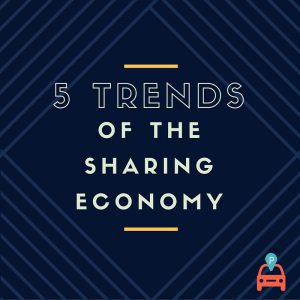 GM and Lyft recently made headlines when they announced a collaboration. The established auto company plans to partner with a start-up so that both can leverage new technologies. This trend, of smaller innovative companies becoming backed by large, established corporations is likely to continue. And it isn’t just autos.

Another example is ReCharge, a start-up service which helps visitors in San Francisco book hotel rooms by the hour so that they can, well, recharge. By partnering with hotel chains, ReCharge is able to offer a range of rooms and amenities to their customers. This is another example of large companies scaling down to serve niche markets, another trend that is discussed later.

The challenge with blending corporate and start-up cultures lies in navigating between traditional employment models and sharing economy employment models. Independent contractors who serve start-up enterprises often do not have the licensing or insurance of full-time employees. This lack of regulation concerns some customers, some employees and many unions.

Billee Howard, CEO and founder of Brandthropologie, points out that “regulations trail innovation.” While federal and local government agencies work with unions and established corporations to iron out the issues liability and employee compensation, innovation hasn’t stopped. Upcoming trends in this area include legislation, legal battles but ultimately a resolution that fosters growth.

Critics of the sharing economy like to point out that there isn’t much sharing occurring in the model.

Duncan McCann writes on the New Economics blog, that booking a stay using AirBnb  requires monetary exchange.  Unlike couchsurfing, a community based free exchange,  Airbnb and similar apps are driven by profit. This, according to McCann and others, is not truly sharing. In reality, the Airbnb model is more akin to an access economy or peer-to-peer economy.

McCann also points out that many platforms, such as Facebook and Instagram, make profits because of the value created by the platform’s users. He foresees a future of a true sharing economy that is fostered “in way that really supports those who create the value.”

Howard notes that this type of trend is being seen in Europe, with community based models of sharing, such as a shared refrigerator. If you take something out, you put something back in. Since European trends tend to make their way to North America a true sharing economy might be on the horizon. However, this type of European sharing economy will not likely overtake the American peer-to-peer/sharing economy which is expected to reach $325 billion dollars by 2025.

One benefit of the sharing economy that goes beyond its monetary value is the value it holds for protecting the environment. By sharing resources, staying local and living a philosophy of only using what you need, sharing business models cut down on waste.

The Huffington Post reports that a tourist using a home-sharing service will reduce CO2 emissions by 66% when compared to staying in a hotel. But not all savings are quantifiable, as pointed out by economists at the University of Pennsylvania.

While the sharing economy itself is growing in value, smaller companies will be the ones that ultimately benefit. Recently, well-funded start-ups in the on-demand parking niche have dropped out. The reason is due to lack of scalability. However, smaller niche markets with an eye on local development and services have a better chance of making an impact.

Additionally niche markets like Patagonia’s Yerdle, that keeps used items in circulation among members, serves a specific need for a specific clientele. Another example is Absolut Vodka’s local distillery start-up program that encourages local people to start their own local distillery with recipes and backing from the international vodka company. This sharing of knowledge, techniques and goods is a trend worth watching.

The sharing economy is serves consumers who need local services delivered in seamless ways. The next time you are in downtown Chicago, contact us. Among other servies, we provide local on-demand parking for people who would rather enjoy their night out than spend it circling the West Loop.