Are Connected Cars The Way of The Future? 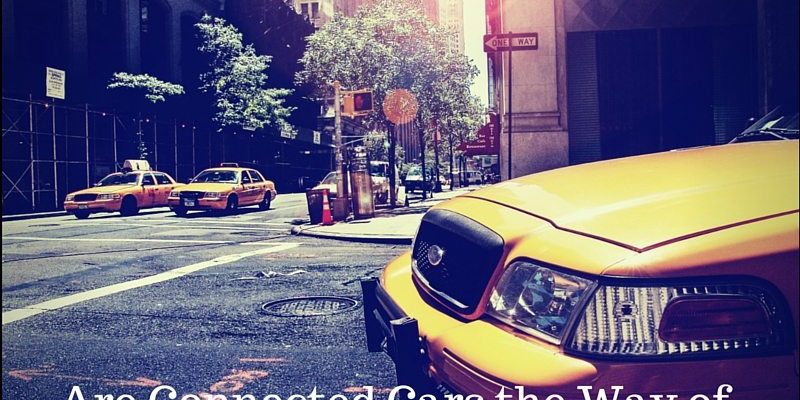 No one could have predicted how the Internet would develop from a small system meant for sharing academic research, into the technological titan it is today. The web has revolutionized everything, from the way we do business, to the way we communicate. Smartphones and mobile devices have changed the way we operate, and they’ve made previously impossible things (like widespread satellite navigation, on-the-fly monetary transactions, and even buying parking spaces via a smartphone app) the order of the day.

While it’s impossible to predict with real certainty what the Internet will evolve to include next, connected cars are likely on the list.

What Are Connected Cars? 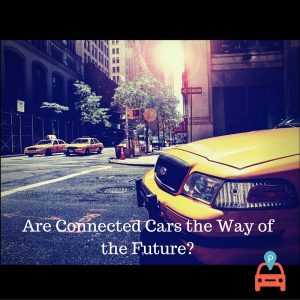 Connected cars are, in short, cars that have Internet access, and usually their own mobile Internet hotspot installed in them. This means that the car is constantly online, and that access can be shared with other devices in the car. So, if you have a connected car, you can watch Netflix on a tablet, or check your social media on your phone even if your phone isn’t connected to a data plan. You can also interact with your car from a mobile device, so if you want to unlock the doors, or kick on the automatic starter, you can do that from your smartphone or other mobile device.

Connected cars aren’t a theoretical upgrade, or something you can only find in the research and development lab, either. They’re on the streets right now, and if you pay attention to any luxury car commercials, an Internet connection is the latest feature trying to catch the consumer’s eye. And, while it might seem like an unnecessary expense, there’s more to connected cars than being the latest gadget. They may, in fact, be the future of our transportation.

The Advantages of Connected Cars

Connected cars are more than just a convenience. They are, in a very real sense, the next stage of what cars can be. A connected car can, for example, notify a driver of unsafe conditions on the road ahead. Connected cars can call for an ambulance or police when there’s been a wreck, and if a car is stolen then it can be traced using its Internet connection.

In short, making cars smarter is more likely to lead to safer, smoother, better connected traffic in the world of tomorrow where connected cars are much more commonplace than they are now.

The Challenges of Connected Cars

While connected cars hold a lot of promise, that doesn’t mean there aren’t still challenges to be overcome, and problems to plan for. For example, there’s the looming specter of platform war, and the question of whether or not cars on different platforms will be able to interact with one another. Or, alternatively, if cars will be more like video game consoles, and only able to use certain content from certain providers.

These questions will affect not just motorists, but also the companies creating programs and apps for their use. For example, take the Parqex app. This app allows drivers to find parking spaces, and to pay for them via their smartphones. For drivers with a connected car, it would make sense to have an app like this handy so they could pull right into a parking space, and pay for it with no fuss. However, if there’s competition to make different connected cars unique, then it will mean either that only certain vehicles will be able to access the app, or different versions of it will need to be made.

That’s a snapshot of the sort of changes and challenges that could affect the market. Will it be open and free, allowing drivers to use whatever programs they want, or will there be a butting of heads between the car manufacturers and companies designing the apps drivers need? For more information on the connected cars revolution, simply contact us today!

The Benefits of a Parking App During the Holiday Season
October 18, 2019

5 Perfect Opportunities to Rent Out Your Parking Spot
March 27, 2018
Go to Top