Driverless Cars Are the Next Transportation Shift 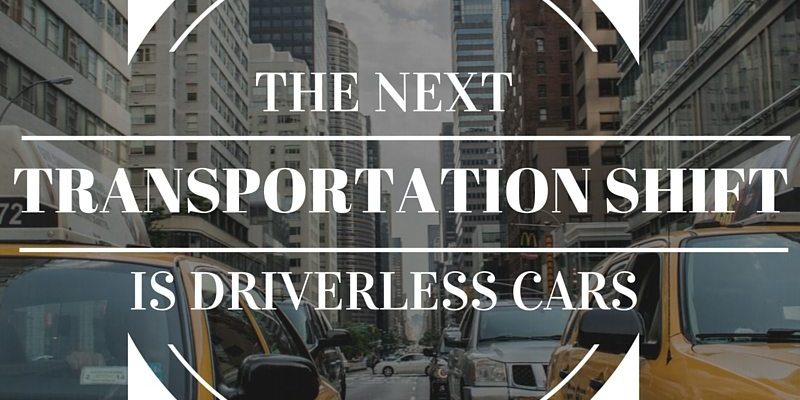 Most people would still be somewhat surprised that there are driverless cars on the roads in some American cities even now. Yet, according to the Google self-driving car project, they’ve driven 1.5 million miles already, “…and are currently out on the streets of Mountain View, CA; Austin, TX; Kirkland, WA; and Metro Phoenix, AZ. Maybe you’ve seen them out there? Either way, it seems driverless cars are the next transportation shift. 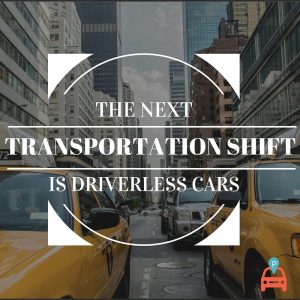 It was less than a hundred years ago when automobiles started becoming the normal transportation mode in America, replacing the horse and buggy. Then came the suburbs and massive road projects throughout the country, which gave most Americans a need for an individual vehicle. In modern (2016) times, crowded traffic and environmental concerns have created a need for another transportation shift.

Electric and hybrid vehicles, as well as those that run off alternative fuels like vegetable oil, have gained traction among many metro residents, but the majority of Americans still enjoy the convenience and ease of their larger gas vehicles.

Driverless cars are another addition to the alternative options to gas/diesel vehicles; this transportation option is sort of like taking public transportation, yet in an individual vehicle. As of now, these driverless vehicles are being rolled out to the market as semi-automated, so don’t worry, Google ensures us there are test drivers aboard now.

According to an article in online publication Business Insider, called: “10 Million Self-Driving Cars Will Be on the Road by 2020”, written on June 15, 2016 by John Greenbough, we learn: “Companies like Mercedes, BMW, and Tesla have already released, or are soon to release, self-driving features that give the car some ability to drive itself.”

This goes beyond the cruise control most of us have used before, rather a self-driving car defined by BI’s report is “…any car with features that allow it to accelerate, brake, and steer a car’s course with limited or no driver interaction.”

According to Wikipedia, there were 255.8 million passenger vehicles on the roads in 2013. So, 10 million would be about 4 percent of this figure. Mostly, driverless cars are being rolled out in cities such as Chicago, which according to an article found in online publication Chicago Tribune called: “Driverless Cars are Coming. Are Cities Ready?” written by Amina Elahi on June 15, 2016, we learn: “Cities will need to adapt infrastructure and regulations in the near future…”

The article goes on to explain just how near: “Fully autonomous cars are likely to be available commercially between 2018 and 2020…referencing automaker reports.”

The robotic compliance with traffic signals and (hoped for) error-free sensing of objects around them, should lead to fewer accidents and tickets. The small size of the driverless cars would also lead to less congestion and more parking availability.

So, don’t be surprised if you’re driving around in a metro city in the next couple years and see a driverless car zooming around. As of now, these cars should have someone in them, but in time we can expect to see cars without anyone in them at all – driving to pick someone up we can gather.

Driverless cars definitely represent a transportation shift in many ways. How popular and accepted they’ll become among Americans is yet to be known, but projected plans and testing now are confidently pressing on to a massive roll out of the idea. Like most new transportation technology, people will have to get used to the idea and begin to trust it’s safe.

Would you purchase a driverless car? Whether the answer is yes or no, you’ll still need to find parking in Chicago and other major cities. The ParqEx App is a technological solution that solves people’s parking problems, and helps people make money too. Basically, find and reserve a parking spot when and where you need it, from our exclusive database list of parking spots available. These are private parking spaces placed on our app by users with parking spaces for rent.

Advancing technology is helping to solve complex transportation issues; driverless cars and ParqEx are two examples of how this is unfolding. While driverless cars may take years to become a workable solution, ParqEx is available now for those looking for parking or wanting to make money by renting their parking spaces. Please contact us to learn more.