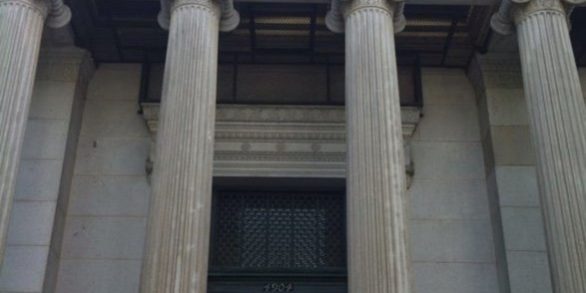 The first branch of the Chicago Public Library, Blackstone Branch opened in 1904 and was renovated in 1980.
It’s named for Timothy Beach Blackstone, president of the Chicago and Alton Railroad and the first president of the Union Stockyards and Transit Company.
It is modeled after the Erechtheion, a temple on the Athenian Acropolis. Its architect, Solon S. Beman, was a leading architect of the late 19th and early 20th centuries.