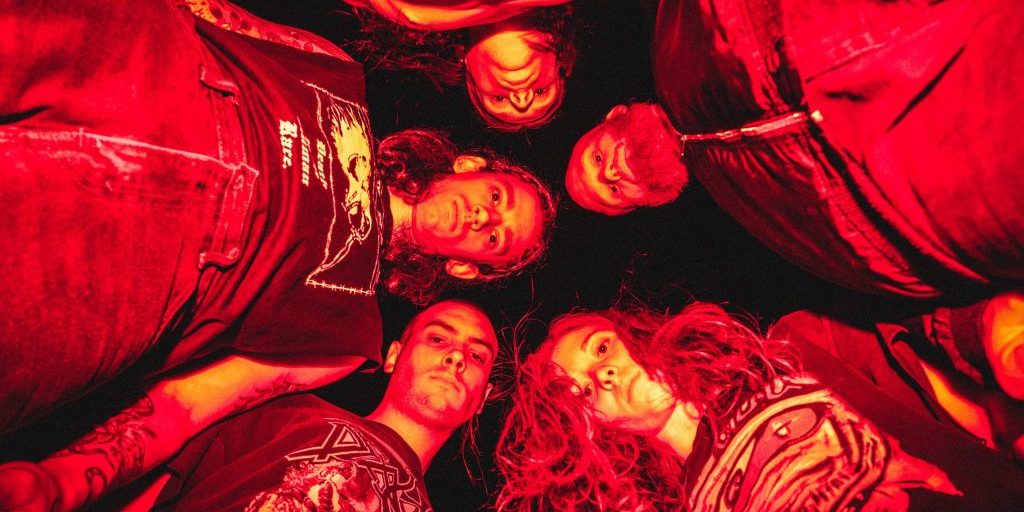 Code Orange. Nothing lasts forever. All things decay, all things change. The mightiest empires crumble to dust as their kings bleed. Forever, it would seem, is unobtainable.

Code Orange, with their new studio album, seek to obtain the unobtainable; pushing against every boundary, shedding every label. The band has grown immensely, and yet still retains the distinct edge and harshness that has become their caustic calling card. Ever defiant, Code Orange breaks any mold and refuses to be easily defined.

Code Orange has been considered metalcore, hardcore punk, metallic hardcore, beatdown hardcore and sludge metal. Since formation, the band’s punk style has gradually grown more abrasive and heavy metal-influenced, moving into metalcore territory by the release of their 2012 debut album Love Is Love/Return to Dust. In a review of their 2014 sophomore album, I Am King, Ryan Bray of Consequence of Sound placed them within the “American metalcore underground” and noted that their music stood out in exhibiting influences not just from hardcore and metal but also from indie rock, post-punk and shoegaze. In 2015, Brian Leak of Alternative Press celebrated as being “at the top of their game, not to mention the hardcore scene”. In reference to their 2017 third album Forever, Lars Gotrich of All Songs Considered described their style as “nightmarishly chaotic hardcore”, stating that “there’s always been an experimental underpinning to Code Orange that toys with noise and melody (and some ’90s grunge).” The band has also used elements of electronica, industrial, groove metal, and hip-hop. They cite Hatebreed, Converge, Nine Inch Nails, and Earth Crisis as influences.