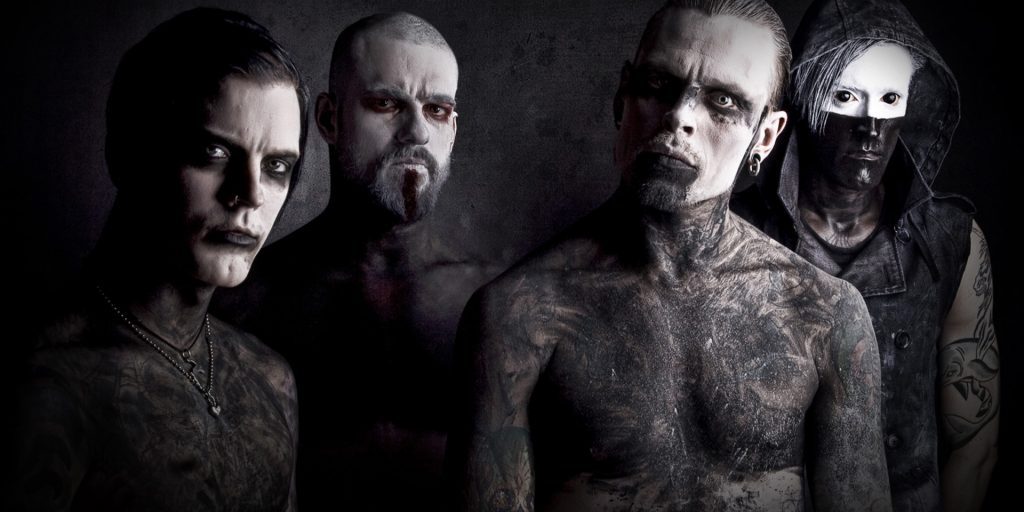 One of the most popular acts in the electro-industrial related “aggrotech” movement, Combichrist is Norwegian Icon of Coil founder Andy LaPlegua when in the studio, augmented by a revolving cast of musicians for their intense live shows. LaPlegua launched the Atlanta, Georgia-based project in 2003 with the album The Joy of Gunz, released by the German label Out of Line. Two years later, Everybody Hates You became Combichrist’s first release on the American label Metropolis. The “Get Your Body Beat” single was purposefully released on July 6, 2006 (6/6/6) and gave the band their first Billboard chart position with six weeks on the magazine’s dance chart. The track landed on their 2007 album, What the F**k Is Wrong with You People?, a breakthrough effort which also featured the club hits “Electrohead” and “Deathbed.” The year 2008 saw their audience increase thanks to a support slot on Mindless Self Indulgence’s tour of the U.S., along with their Frost EP: Sent to Destroy. An appearance on the Underworld: Rise of the Lycans soundtrack, plus a new album, Today We Are All Demons, kicked off 2009. That year, they toured with Wes Borland’s Black Light Burns and joined Rammstein for a European jaunt, which led to an opening slot on the German industrial metal band’s U.S. tour, including a series of sold-out Madison Square Garden shows. In 2010, they also released the throbbing Making Monsters, which included songs that went on to feature on No Redemption, the soundtrack to the video game Devil May Cry, which was composed by LaPlegua.

Combichrist’s seventh LP, We Love You, was released in 2014. It featured added electronic flourishes reminiscent of dubstep while retaining the hard crunch of their previous releases. Two years later, after announcing their eighth album, LaPlegua performed a solo gig at Complex in Glendale, California. The setlist was comprised of rarities and remixes. Later that year, This Is Where Death Begins arrived. Produced by Oumi Kapila (Filter) and LaPlegua, the effort was followed by an extensive tour. In 2017, Combichrist released the single “Broken: United.”