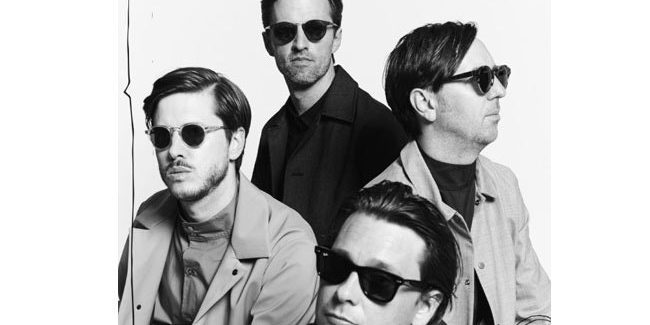 an Australian electronic music band formed in 2001 by DJ Dan Whitford (vocals, keyboards, and guitar). Initially a home-recording project, the band now includes Tim Hoey (guitars), Ben Browning (bass guitar) and Mitchell Scott (drums). So far they have released four studio albums, an EP and a number of singles and remixes, all on Modular Recordings. They achieved breakthrough success in 2008 with their second album, In Ghost Colours. Some of their most well-known singles include “Lights & Music”, “Hearts on Fire” and “Take Me Over”.

The band spent most of 2015 working on the follow up to Free Your Mind. Another mix album, Forest Through the Trees, was released in June and was followed by a DJ tour. In September 2016, they released January Tape, a 44-minute ambient instrumental piece recorded during those sessions available as a limited cassette run of 400 copies. According to Dan Whitford, the new album was about three-quarters complete as of October 2016.[35]

In July 2017, “Airborne” was released as the lead single from the new album. Next month, the band announced that the record would be called Haiku from Zero and simultaneously released the second single, “Standing in the Middle of the Field”. The album was released on 22 September 2017 to rather positive reviews. It turned out, however, Cut Copy’s least commercially successful album since their debut Bright Like Neon Love, peaking outside the top 50 in Australia and failing to chart elsewhere.