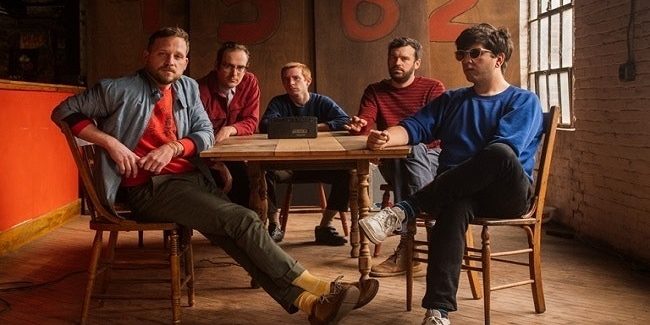 Dr. Dog is an American rock band based in Philadelphia, Pennsylvania, United States. Its lineup consists of Toby Leaman (bass guitar), Scott McMicken (lead guitar), Frank McElroy (rhythm guitar), Zach Miller (keyboard), and Eric Slick (drums). Lead vocal duties are shared between Leaman and McMicken, with all members contributing harmonies. In addition, each band member has a nickname beginning with the letter T, and they have explained that friends of the band also receive nicknames, which are drawn from aspects of their lives and personalities. (Former member Andrew “Trial” Jones, for example, is a licensed attorney.)

The band’s musical styling of indie rock is strongly influenced by bands of the 1960s, such as The Beatles and The Beach Boys, but they have also touched upon more unrelated genres since their inception. Their earlier recordings show an influence of the lo-fi sound and pop sensibilities of indie rock bands of the 1990s, such as Guided by Voices and Pavement, although recent albums have featured more polished production.

By 2006, Dr. Dog started using a new studio as well as new recording equipment. Philadelphia engineer/producer Bill Moriarty, who they share the studio with, is credited in helping the members use this new equipment to create particular sounds they wanted in their new recordings due to his vast knowledge in recording tools and methods. That year, they released the Takers and Leavers EP. Two of the tracks on the EP would later be released on their next album. In 2007, they released We All Belong, which has a markedly cleaner production compared to earlier albums. They appeared on the Late Show with David Letterman in support of the album. Through the late summer of 2007, Dr. Dog streamed ten unreleased tracks on their website, with a new song debuting weekly. Songs were posted each Monday from July 2 until September 3. These recordings were later released as an album titled Passed Away, Vol. 1. In 2008, the band released Fate. They appeared again on Late Night with Conan O’Brien on July 17, 2008, in support of the album and on Late Night with Jimmy Fallon on April 2, 2009, as well as The Late Late Show with Craig Ferguson. The band went on tour with The Cave Singers and label-mates Golden Boots.

On July 29, 2009, Dr. Dog signed to ANTI- Records. The first album on their new label, titled Shame, Shame, was released on April 6, 2010. Scott McMicken has characterized the album as more modern, and a little more punk rock, more prominently featuring electric guitars, so as to accurately reflect the band’s live show. In early 2010, Eric Slick replaced Juston Stens on drums for the Shame, Shame tours although Stens plays most of the drums on the record. Stens continues to make music with Juston Stens and the Get Real Gang. Dr. Dog toured in support of Shame, Shame for about two years and performed again on The Late Late Show with Craig Ferguson. For 2010’s Black Friday Record Store Day, the band released a limited red and blue 7″ collection of four tracks recorded in summer 2011. These were the first songs recorded with Eric Slick on drums. They were later re-released with Shame, Shame as a deluxe edition of the album.

On October 26, 2011, McMicken announced that their new album, Be the Void would be released in February 2012. Recorded at the band’s “Meth Beach” studio and co-produced by Nathan Sabatino of Golden Boots. This was the first full album made with Dimitri Manos, also in the band Golden Boots, as an official member of the band. He has played drums on Easy Beat and once filled in for Juston Stens last minute for a whole tour.