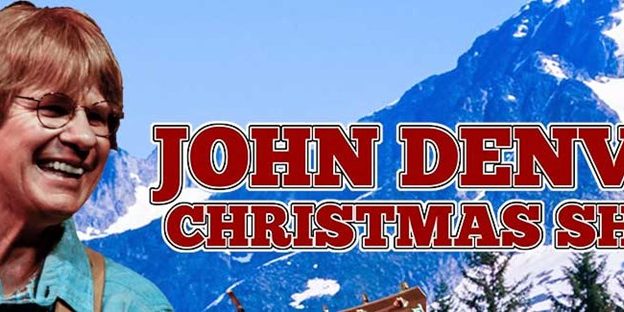 John Denver Christmas Show is hailed as one of the nation’s most exciting tribute bands, the award-winning Chris Collins and Boulder Canyon present a tribute to the music and legacy of John Denver in a special concert
event! With similarities between Collins’ and John’s voices, Collins brings to the stage the
unmistakable enthusiasm that was a hallmark of a John Denver concert. Together, with the
consummate musicians of Kevin Delmolino on bass, Paul Swanton on lead guitar, Mark Nelson
on percussion, Alexander Mitchell on fiddle/mandolin, and Bill Powell on keyboards, Chris
Collins and Boulder Canyon have been playing to much acclaim and delighting audiences with
their wit, warmth and musical performance. Performing John Denver’s famous hits such as
Rocky Mountain High, Take Me Home, Country Roads, Annie’s Song, and many more, Chris
Collins and Boulder Canyon are committed to keeping the music and message of John Denver
alive. As one reviewer of their East Coast shows wrote, “the trick is developing a unique show
and style that represents the artist while brushing their music with original style….Chris Collins
and Boulder Canyon does just that.”