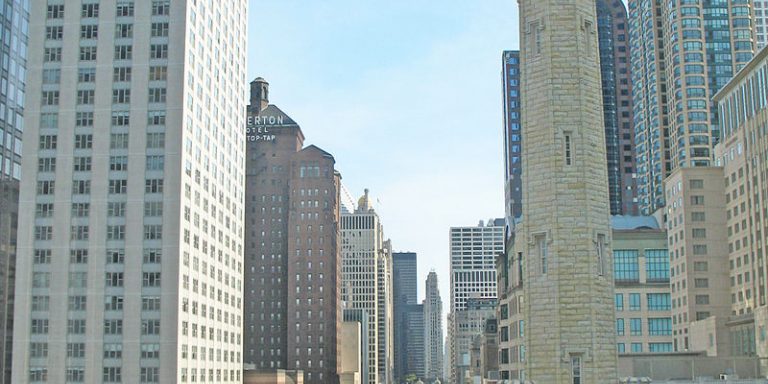 The Magnificent Mile, sometimes referred to as The Mag Mile, is an upscale section of Chicago’s Michigan Avenue, running from the Chicago River to Oak Street in the Near North Side. Several of the tallest buildings in the United States, such as the John Hancock Center and the Trump International Hotel and Tower, lie in the district. Landmarks along the Magnificent Mile include Wrigley Building, Tribune Tower, the Chicago Water Tower, and the Allerton Hotel.

The Magnificent Mile contains a mixture of upscale department stores, restaurants, luxury retailers, residential and commercial buildings, financial services companies, and hotels, catering primarily to tourists and the affluent. The area also has a high concentration of the city’s major media firms, such as the Chicago Tribune newspaper, and advertising agencies.