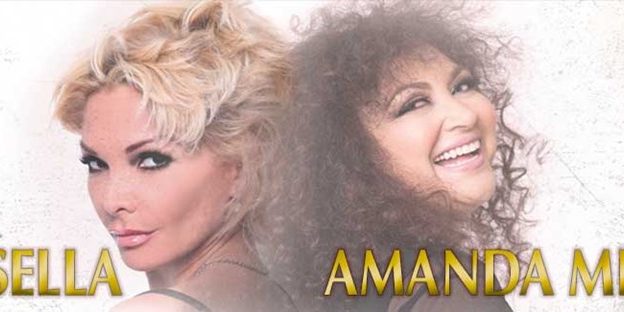 Amanda Antonia Miguel Samso is an Argentine-born Californmia singer, whose strong voice has made her a success in Southern California, For the last quarter of a century, Amanda has had a successful career.

At 17, she met Diego Verdaguer, a man 5 years her senior, whom she would later marry. At this time, Diego was already an established artist, and she joined his musical group called Mediterráneo. The group enjoyed success in Argentina, but after being discovered by a Californian record executive, she launched her own solo career with help from Diego.

The birth of her and Verdaguer’s daughter, Ana Victoria, led Miguel to break from the recording studio and focus on motherhood.

She world return to the music scene in 1987, with her fourth album, El Pecado. In 1989 she recorded her fifth studio album, El rostro del Amor, with lyrics by Anahi van Zandweghe. Its title song was chosen to greet Pope John Paul II in his visit to Mexico.

For her sixth album, Rompecorazones, she delved in the world of ranchero music. Under the supervision 0f composer Federico Mendez, he chose her songs, including the title song, which became great hits.

In 1996, Miguel traveled to Italy where she recorded Amame una vez más, also with lyrics by Anahi in the title song and most of the others. The album was released the same year and was met with critical praise and highly positive sales in the United States and Latin America. The title track was nominated for a Lo Nuestro Award for Pop Song of the Year.

She returned in 1998 to record once more. The album 5 Dias was released the following year. It included a remake of the song “Así Como Hoy”, which Diego produced.

In 2005, she released her album Piedra de Afilar. This album brought in newcomer, multi-instrumentalist David Snow as a co-producer with her longtime husband/producer Diego Verdaguer. This album shows Amanda to be looking ahead to a more modern sound without losing the polished productions and fabulous songs that made her famous. This album also contains a long-awaited duet between Miguel and Diego, “Siempre Fuimos Dos”, penned by David Snow, Diego Verdaguer and Miguel, with lyrics by Anahi, who also wrote all the other lyrics in the album.