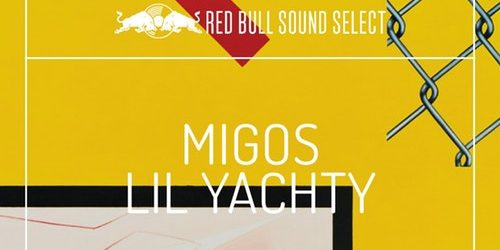 Migos is an American hip hop group based in Atlanta, Georgia.

With hair that looks like red-hot cheese curls and the wild Atlanta ATLien style to match, MC Lil Yachty bounces between the party attitude of Migos and the druggy weirdness of Future with the greatest of ease. Part of this is due to the use of two personas, the wild Lil Yachty and the stern but strange MC Lil Boat. He began to break in 2015 when Drake’s OVO Sound Radio show aired his bizarre number “Minnesota.” In early 2016, his other persona became the name of his popular release Lil Boat the Mixtape, which featured “Minnesota” along with the woozy party cut “1Night.” An appearance at Kanye West’s Yeezy Season 3 fashion show followed soon after, along with an appearance on Chance the Rapper’s charting mixtape Coloring Book.