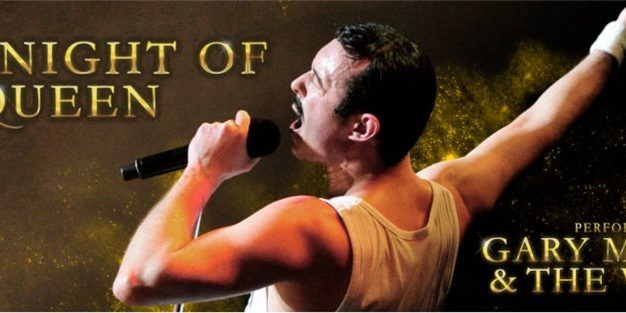 One Night of Queen

One Night of Queen

One Night of Queen is a touring 2-hour stage show, paying tribute to the stage theatrics and music of Queen. It is performed by Gary Mullen and The Works, a band headed by Freddie Mercury imitator Gary Mullen, who had previously won the competition show Stars in Their Eyes with his vocal and visual imitation of Mercury. The other members of the band are Davie Brockett on guitar, Jon Halliwell on drums, Billy Moffat on bass and Malcolm Gentles on keyboards.

After winning Stars In Their Eyes in 2000 by receiving a record-breaking number of votes for the show, Mullen began touring with his band The Works, putting on a sell-out tribute show known as One Night Of Queen.

The show takes references from many 1980s Queen tours, using a modified custom-built lighting rig, made to emulate the lighting rigs used during several Queen tours between 1980 and 1986. Mullen and The Works have taken their tribute show on numerous tours across Europe, New Zealand and the US.