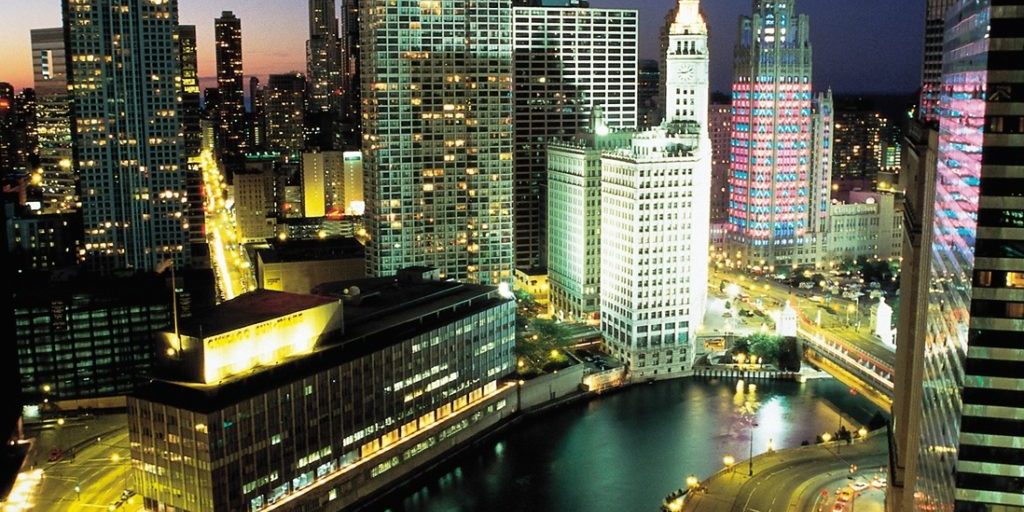 Chicago’s River North neighborhood got its start as an industrial area and later became a warehouse district. When the warehouses closed down in the 1970’s the large, empty buildings attracted various artists and writers looking for loft and studio space, thus creating a neighborhood that was artistic but also struggling.

Such was the River North neighborhood 30 years ago. Since then, however, River North has completely transformed from this simple beginning. It is now a chic, cultural hub filled with art galleries, antique stores, boutiques and of course urban professionals. Boasting Chicago’s highest concentration of restaurants, this small neighborhood has become a favorite destination for locals and tourists alike.

River North is a technology-driven neighborhood as it is home to the headquarters of Groupon, Yelp, and numerous tech startups. Its famous structures include the Wrigley Building, Trump International Hotel & Tower, Holy Name Cathedral, and the House of Blues.