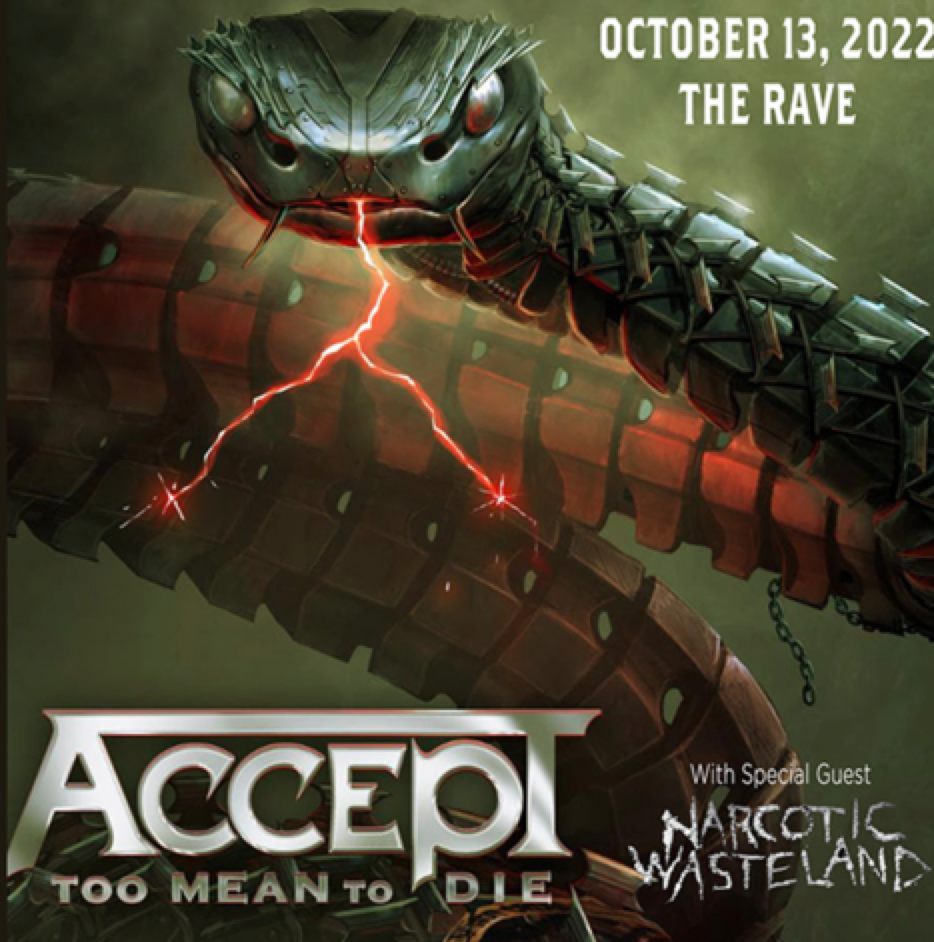 Last year, Accept released their critically acclaimed 16th studio album, Too Mean To Die, which landed them on the top of the charts. The band, which includes guitarist and founding member Wolf Hoffmann, has defined the international genre since they formed in Solingen, Germany in 1976, reigning as one of the most important German rock bands in the 80s alongside the Scorpions, while also influencing bands such as Metallica, Slayer, Guns N’ Roses, and Iron Maiden. Now, the metal legends are coming back to the states, poised to kick off their headlining “Too Mean To Die – Tour North America 2022” this fall, featuring Narcotic Wasteland as openers.Accept guitarist Wolf Hoffmann comments: “After two difficult years, I am very much looking forward to returning to the USA and playing in front of our American friends again. Let’s rock out and have a great Accept metal party with all of you headbanging metal veterans out there!”
Fans can expect a diverse set-list of new and classic tracks, plus mega-hits “Balls To The Wall”, “Princess Of The Dawn”, “Fast As A Shark” and many more.

ParqEx has got you covered for the Accept concert. We’ve got several parking spaces all around The Rave/Eagles Club!