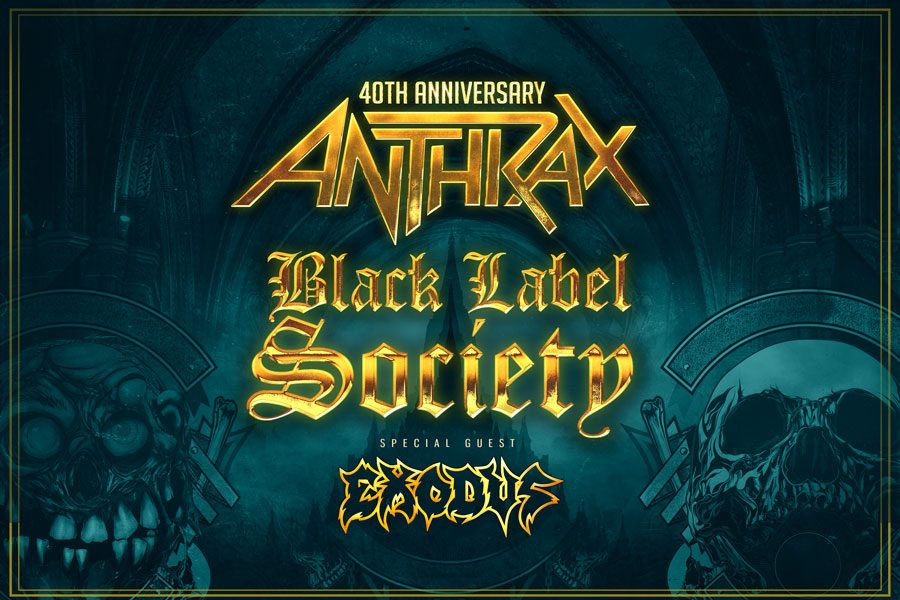 July 18, 2021 marked Anthrax’s 40th anniversary, during which time the band released 11 studio albums, was awarded multiple Gold and Platinum certifications, received six GRAMMY nominations, and a host of other accolades from the media, the music industry, and fans. In 1991, the band helped break down race and genre barriers when they collaborated with Public Enemy on the track “Bring The Noise,” and was the first metal band to have its music heard on Mars when NASA played “Got The Time” to wake up the Mars Rover in 2012. Along with Metallica, Slayer, and Megadeth, Anthrax is a card-carrying member of The Big Four, the four bands that defined the speed/thrash/metal genre. Anthrax has also introduced a series of now sold-out signature whiskeys and bourbons and partnered with the Stockholm-based NEZUMI Studios for a high-end, limited-edition Baleine dive watch. Twenty-twenty-one also saw the release of Z2 Comics’ “Among the Living” graphic novel with a track-by-track storyline inspired by Anthrax’s iconic 1987 album, Among The Living. The book pulls together a “who’s who” of names from the worlds of comics and music who created “bubble dialogue” and original artwork to express what the songs meant to them. Taking advantage of COVID-19’s prohibition of concert touring, the band has been hard at work writing the next Anthrax album.
For Anthrax, 2022 is already off to a great start, but their 40th anniversary isn’t quite in the band’s rear-view mirror. Unable to launch a planned 40th-anniversary world tour due to COVID, the band will launch that World Tour this year. The celebrations start July 26 in North America, co-headlining with Black Label Society, then a headlining trek in the UK and Europe in the fall.

ParqEx has got you covered for the Anthrax concert. We’ve got several parking spaces all around The Sylvee!