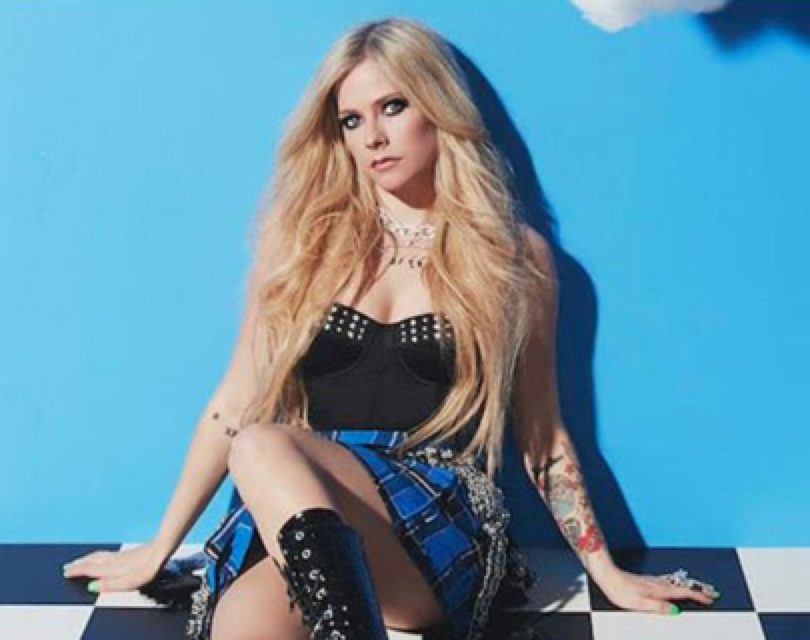 Avril Ramona Lavigne is a Canadian singer, songwriter and actress. She has released seven studio albums and has received several accolades and nominations, including eight Grammy Awards nominations.

At age 16, Lavigne signed a two-album recording contract with Arista Records. Her debut studio album, Let Go (2002), is a Canadian artist’s best-selling album of the 21st century. It yielded the singles “Complicated” and “Sk8er Boi”, which emphasized a skate punk persona and earned her the title “Pop Punk Queen” from music publications. She is considered a key musician in developing pop-punk music since she paved the way for female-driven, punk-influenced pop music in the early 2000s. Her second studio album, Under My Skin (2004), became Lavigne’s first album to reach the top of the Billboard 200 chart in the United States, selling 10 million copies worldwide.

Lavigne’s third studio album, The Best Damn Thing (2007), reached number one in seven countries worldwide and saw the international success of its lead single, “Girlfriend,” which became her first single to reach the top of the Billboard Hot 100 in the United States. Her fourth and fifth studio albums, Goodbye Lullaby (2011) and Avril Lavigne (2013), saw continued commercial success and were certified gold in Canada, the United States, and other territories. Lavigne released her sixth studio album, Head Above Water, in 2019. She returned to her punk roots with her seventh studio album, Love Sux (2022).

ParqEx has got you covered for the Avril Lavigne concert. We’ve got several parking spaces all around Summerfest!