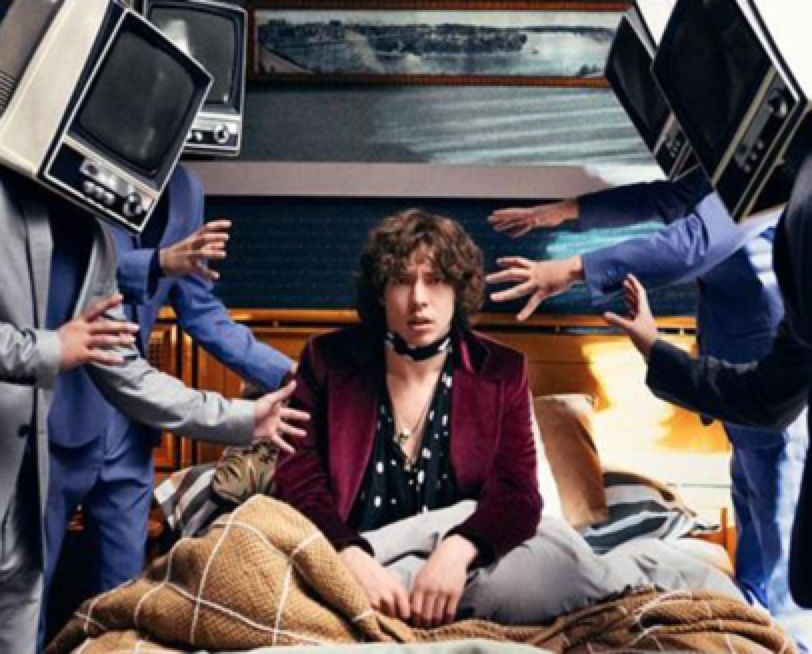 The title of Barns Courtney’s new album will no doubt be familiar to anyone who’s ever searched for something online and found themselves face to face with nothing. But 404 is an album that explores feelings of loss and bereftness inspired by life’s habit of throwing up its error pages, with Barns exploring absence, frustration, and the never-ending search for something that seemed like it would always be there until one day, suddenly, it wasn’t: his childhood. “It’s painful knowing that something has gone, whether it’s a good time, a good feeling, a pleasant section of existence, or something physical. I’m always wondering: what would they look like if you were to go back and find places you knew as a child?” Barns says.

Not so long ago, a 16-year-old kid who’d spent his teens ricocheting between Seattle and Ipswich thought he was about to be the biggest star in the world. He and some mates got a deal with the biggest of all the big labels, then spent three years working with one of the planet’s hottest producers. What could go wrong? Well, plenty. “My entire life since I was 14 had been an upward trajectory,” is how Barns remembers it. “Then suddenly, at the age of 22, I’m dropped, I’m totally, woefully unprepared for the real world. No qualifications. I didn’t bother learning to drive because I thought I’d be driven everywhere. Thank God I didn’t have any success — I would have been a complete ass.”

The years in the wilderness that followed formed the basis of Barns’ 2017 debut album, The Attractions Of Youth, a blistering shot of blues-driven rock that got this singular pop performer’s foot back in the door. Songs like Glitter & Gold and Fire became viral smashes, prompting a swell of support on both sides of the Atlantic that saw Barns performing on Conan O’Brien and opening for everyone from The Who, to Blur, to Ed Sheeran. This brings us to 2019 and a body of work that finds this reflexive, meticulous pop storyteller delivering a minutely crafted album with big tunes, flashes of humor, and no shortage of ambition. Kickstarted by 2018’s sparky, Atari-referencing single 99, it’s an album that delves back beyond the arrested development of Barns’ early-20s and into the teens he spent in Seattle and then Ipswich.

ParqEx has got you covered for the Barns Courtney concert. We’ve got several parking spaces all around Summerfest!