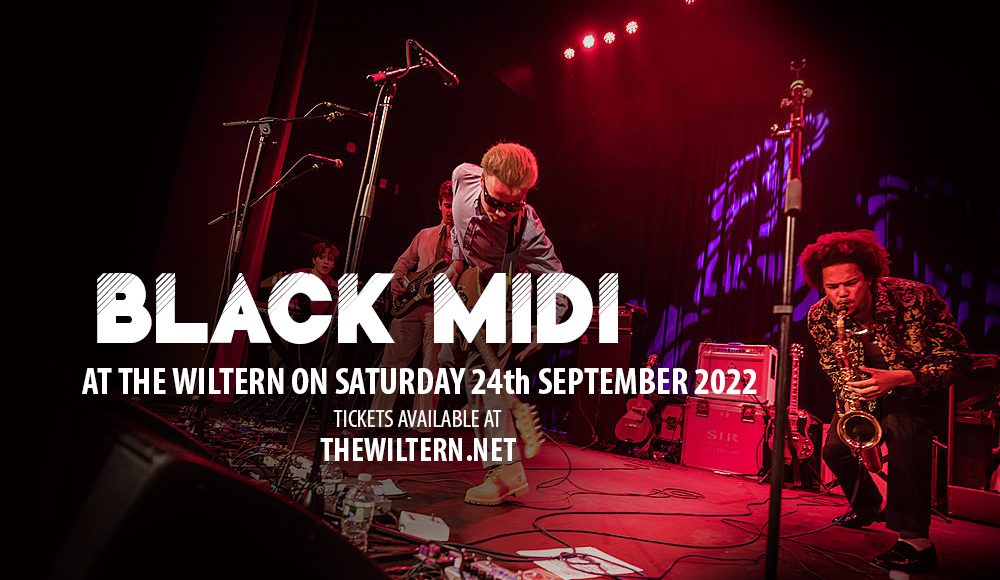 Black Midi made its debut in 2018, releasing its first single “Bmbmbm”. In November of the same year, they performed five songs from their upcoming debut album in Iceland. Their performance was uploaded to YouTube, becoming an international viral hit. From then on, Black Midi set foot on a journey of rocking it all out.
Black Midi consists of lead vocalist and guitarist Geordie Greep, Cameron Picton on lead vocals, bass, synths, and guitar, and drummer Morgan Simpson, while guitarist Matt Kwasniewski-Kelvin is on hiatus.

The band received critical acclaim for their debut record “Schlagenheim” released in June of 2019, featuring its singles “bmbmbm”, “bmbmbm”, “Ducter”, and “7-Eleven”. The album was nominated for the Mercury Prize in 2019. Their second studio record “Cavalcade” continued their rocking journey, serving their singles “John L / Despair”, “Slow (Loud)”, “Chondromalacia Patella”, and “Cruising”.

Their third album “Hellfire” is set to bring in the band’s rocking flames, with the album out on July 15th. They released the first single for the record, named “Welcome to Hell”. They followed it up with another new song “Eat Men Eat”.

Talking about the new record in an interview with Loud and Quiet, Geordie says “A lot of the last album was third-person because at the time I felt it was an easier method, it felt like it could be much more stylized. Writing in first-person, there’s more potential for scrutiny of the veracity of it, it feels like it needs to be more true to life. Now I feel more comfortable playing with it”

With a flaming hot new record that welcomes listeners to ‘hell, Black Midi is set to continue serving their artistic melodic tales that get listeners sticking around. As Hellfire brings in a fiery new era for the band, you can’t miss out on seeing them perform fresh new tracks and your favorite hits live on stage! So, hit that button and book your tickets now!

ParqEx has got you covered for the Black Midi concert. We’ve got several parking spaces all around The Wiltern!