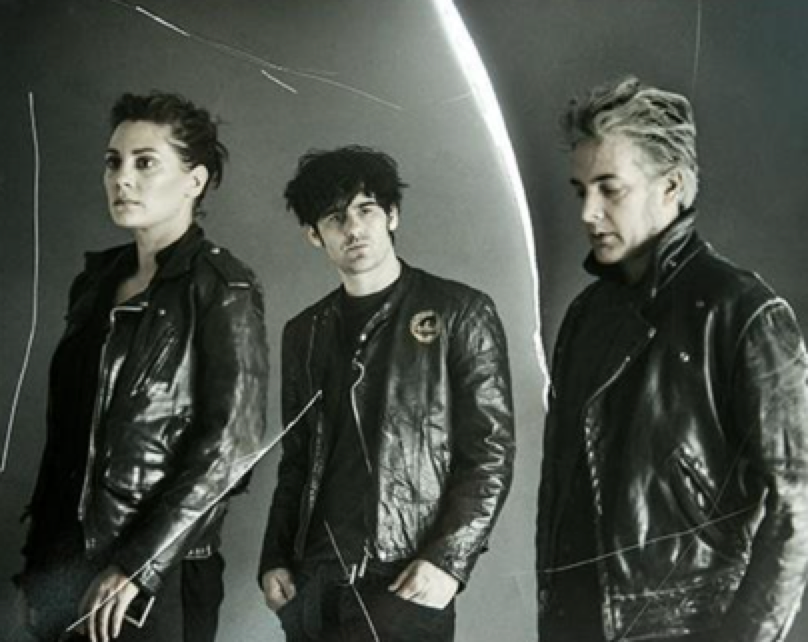 For a select few, rock’n’roll is a life sentence. It’s in every muscle in your body, it’s in every thought you have, it’s written all over your face. So when you arrive at Black Rebel Motorcycle Club’s headquarters in East Hollywood, you know you’re sidling up to the home of some of rock’s most primal prisoners. In the driveway, there are motorcycles. In the living room, gear splayed everywhere; random bits of drum kits, a pedal steel guitar, stacks of vinyl. Answering the door is a bleary-eyed, chain-smoking Peter Hayes (guitar, vocals) and his co-habiting bandmate Leah Shapiro (drums). In walks bassist Robert Levon has Been too, Hayes’ BRMC co-founder, dark shades on, an even darker all-black ensemble. As a trio, they seem forever unsettled, even in the safety of each other’s companies. They take time over answers, seeking perfect responses. It’s the same approach they have to rock’n’roll. If the end result is not flawless, they’re not interested.

In this house is where they’re currently putting the finishing touches on their forthcoming eighth album, the follow-up to 2013’s ‘Specter At The Feast.’ Titled ‘Wrong Creatures,’ it began in the summer of 2015. Shapiro was six months clear of brain surgery. The trio had come off a tour and began sketching out new songs in their private lockout space appropriately nicknamed ‘The Bunker in North Hollywood. “Just mumble tracks inside big walls of noise,” explains Hayes; lyrics would often morph out the sounds later.

For Hayes, in particular, this record proved to be one of the more tumultuous given the length of time it’s taken from start to finish. “This one’s been so long I have come around the other side,” he admits. “I’ve gone from hating it to enjoying it.” A hesitant sense of pride is shared among them. On a good day, BRMC remains a democracy. However, their anti-establishment lifestyle is reflected in their approach to being a band, too. There is no chief lyricist, for instance. That makes for a delicate balancing of egos. “We’ve always been anti frontman,” reasons Hayes.

ParqEx has got you covered for the Black Rebel Motorcycle Club concert. We’ve got several parking spaces all around Summerfest!