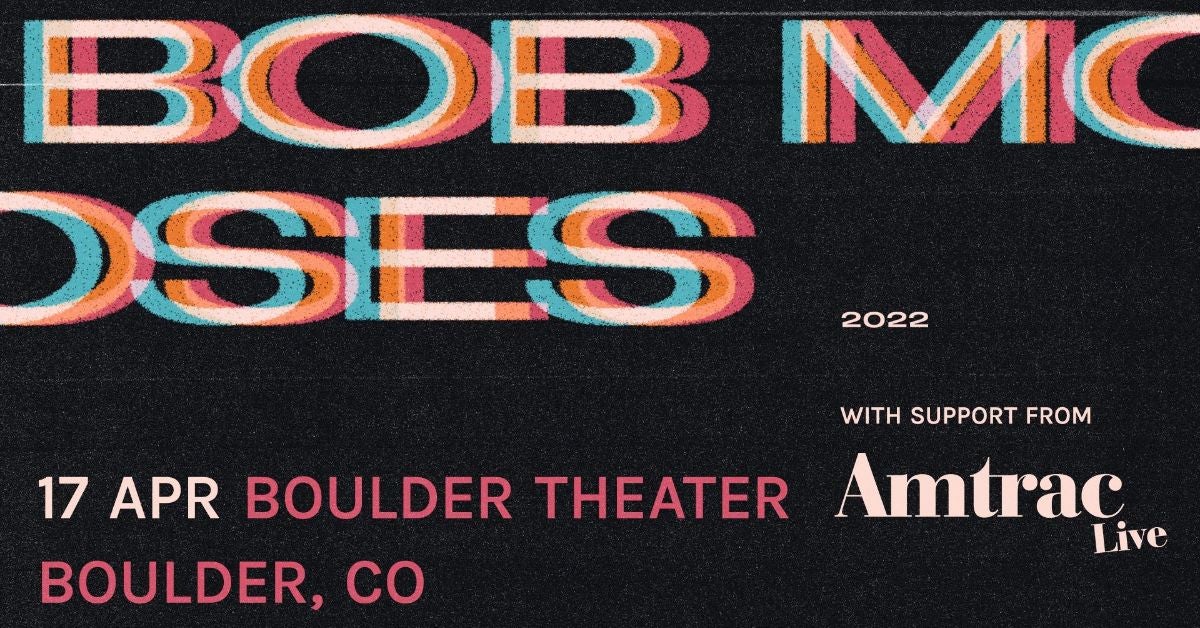 Bob Moses, the Vancouver-bred duo consisting of Tom Howie and Jimmy Vallance, came to life in the Brooklyn underground scene in 2012. Early single releases on taste-making electronic label Scissor & Thread led to signing with Domino and the late 2015 release of their debut album Days Gone By.

Meshing guitar licks, a moody smolder, and a dash of dance-floor ambiance with lyrical depth and classic songwriting, the duo created a sound that appeals equally to club goers and rock music fans. Translating their sound seamlessly to the live performance realm, years of nonstop global touring – including appearances at every major festival from Glastonbury and Coachella to Lollapalooza and beyond – cemented the duo’s live reputation and repeated recognition as Resident Advisor’s Best Live Act. In addition, a standout performance on The Ellen Show, a pair of nominations at the Junos and the Grammys (and a Grammy win), and a top 15 US Alternative radio hit with “Tearing Me Up” have further sealed the band’s burgeoning mainstream success.

2018’s Battle Lines, met with praise upon release, found the duo expanding their sonic palette, embracing their most inventive instincts and infusing their lyrics with a more outward-looking perspective and was named one of Billboard’s “Best Electronic Albums of 2018.”

In 2020 with the world in quarantine, Bob Moses doubled down by releasing Desire, the continuously mixed “concept album for the club” featuring the hit title-track collaboration with ZHU, and by staying connected with fans through weekly live-streamed sets dubbed the “BobCast,” numerous virtual festival appearances, and via their epic concert film Falling into Focus and its accompanying live album. 2021 sees the band continuing their momentum with their first Cercle set live from Los Angeles’ Griffith Observatory and new music on the way.

Be sure to catch Bob Moses with Amtrac at the Boulder Theater.

ParqEx has got you covered for the Bob Moses with Amtrac show. We’ve got several parking spaces all around the Boulder Theater!