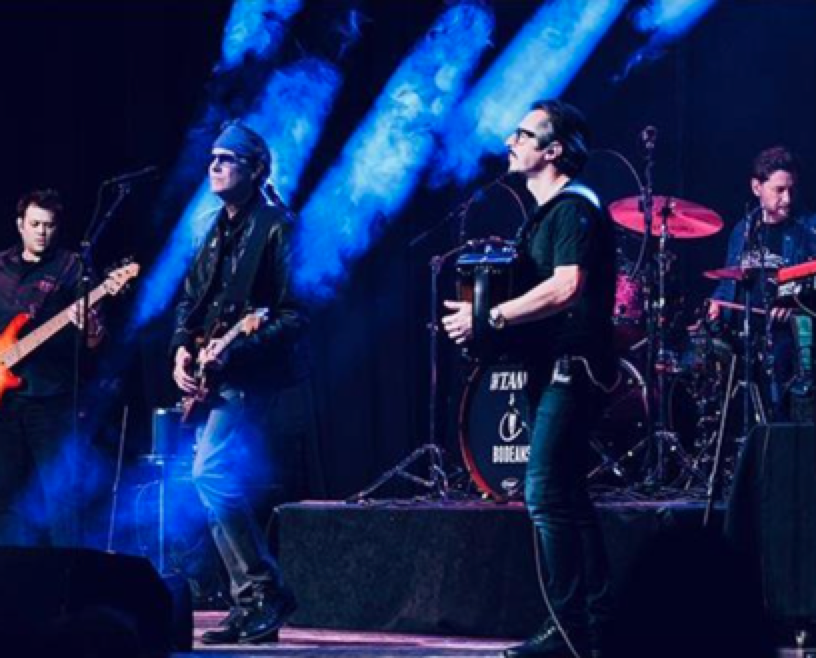 Long known as one of the best live acts in the business, BoDeans continue to tour year round and deliver outstanding, high-energy performances. “I realized some time ago that the key to the BoDeans identity is the fans’ connection to our music-nowhere is that more evident or rewarding as when we come together-live. We love to connect with the fans who have supported us for so long and brought us so much inspiration.” Kurt Neumann, the band’s founder, and frontman, said, “We will continue to play as long as they continue to come out and sing along.”
BoDeans’ appearance and music are featured throughout the NetFlix original series, “The Ranch,” which features Sam Elliott, Ashton Kutcher, Danny Masterson, and Debra Winger. In addition, the band has been featured on “The Today Show,” “Saturday Night Live,” “Late Night with David Letterman,” “Imus In the Morning,” CNN, ESPN, Nickelodeon Kids Choice Awards, and had their own PBS special.

Chart-topping songs like “Fadeaway,” “Only Love,” and “Dreams” won them Rolling Stone’s readers poll for “Best New American Band” in 1987, and they were part of a small contingent of bands that inspired a new radio format known as Adult Alternative, Album Rock-Triple A. Their reputation for delivering a dynamic live show garnered support slots with U2, Bob Dylan, Paul Simon, Tom Petty, George Thorogood, The Pretenders, David Bowie, and Chris. In addition, they’ve shared the stage with Los Lobos, Big Head Todd & The Monsters, Joan Osborne, Train, The WallFlowers, Cheap Trick, Robbie Robertson, Daniel Lanois, and many others.

The BoDeans signed their First recording contract with Slash/Warner Brothers Records in 1985, and their First record, “Love & Hope & Sex & Dreams,” was released in May 1986. In the 36 years that followed, BoDeans have released 13 studio albums with ten records that hit the Billboard Top 200 Chart and numerous singles on the Mainstream Rock, Top 40, and Triple-A radio charts. Bodeans 14th studio album, ‘4 the Last Time’, will be released this June, and the band intends to tour extensively in support of its release.

BoDeans songs have been used in various television shows, including “Party of Five,” ABC News, NBC Monday Night Football, “The Simpsons,” “Northern Exposure,” Dawson’s Creek,” and many others. FOX used the song “Closer To Free” as the opening theme of their hit TV show, “Party of Five,” which became the band’s biggest hit, peaking at #16 on the Billboard Hot 100 Chart. Additionally, their songs have been in movies such as “The Color of Money,” “The Player,” “Opportunity Knocks,” Heavyweights,” and many others.

BoDeans now reside in a small group of bands that have survived the industry’s ups and downs, remaining true to their sound and style for over 35 years. The BoDeans have a permanent installation at the Rock and Roll Hall of Fame Museum in Cleveland as part of their Midwest Artists exhibit.

ParqEx has got you covered for the BoDeans concert. We’ve got several parking spaces all around Summerfest!