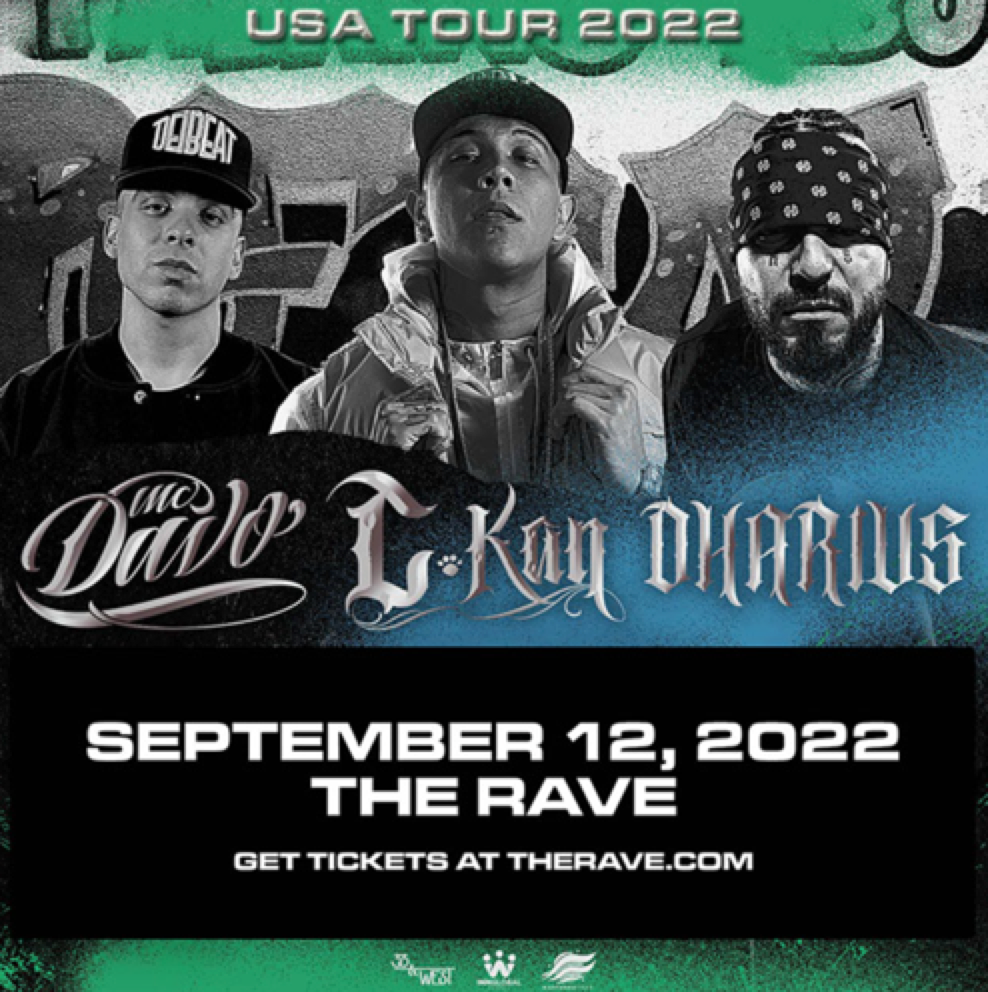 Mexican rapper C-Kan was born José Luis Maldonado in Guadalajara in 1987. Inspired by Cypress Hill and Control Machete, C-Kan began rapping as a teenager, delivering hard-edged tales about his experiences with gangs, drugs, and violence. His first mixtape, Get Money, arrived in 2006, followed by Siluetas del Rap in 2007. He attracted attention through his music videos posted on YouTube, as well as appearances on Mexican news programs where he spoke about feeling responsible for addressing social issues and problems in his lyrics, in order to create awareness and work toward solutions. The full-length Voy por el Sueño de Muchos was released by Mastered Trax Latino in 2012. Clasificación C arrived in 2014, followed by Clasificación C, Vol. 2 in 2015. In 2016, he worked on the soundtrack to the movie Compadres, and released a new album titled Antes de Todo, Vol. 1. MC Davo — born David Sierra Trevino — is a rapper and social media figure from Monterrey, Mexico. He recorded his lightning-fast raps and head-nodding melodies in his bedroom while also performing in local bars, town squares, and regional festivals. Davo released his first major work in 2008 on MySpace as free downloads. Amassing a fan base with Haciendo lo Imposible (“Doing the Impossible”), he also participated in underground rap battles to increase his street credibility and exposure. His follow-up, 2010’s La Dejo a Tu Criterio (“I Leave It to Your Judgment”), was released on Howse Records and produced by frequent collaborators Kodigo 36. His big breakthrough arrived in 2011 with the release of Psicosis (“Psychosis”), followed by a 2012 sequel that featured contributions from Meny Mendez. In 2014, Davo signed with Warner Music Mexico and released El Dominio (“Domain”). The album — which added a touch of reggaeton to his laid-back hip-hop sound — went gold and was reissued in a deluxe version the following year.

ParqEx has got you covered for the C-Kan / MC Davo concert. We’ve got several parking spaces all around The Rave/Eagles Club!