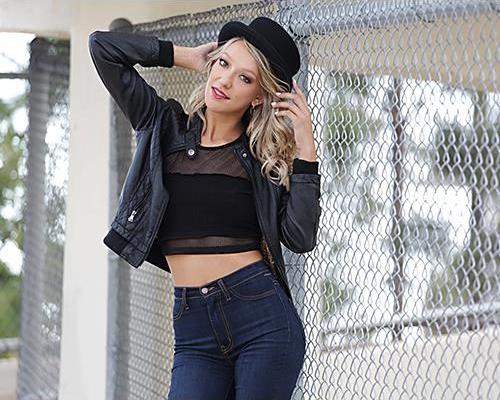 Carly Jo Jackson has a vocal tone that is as infectious as her charismatic stage presence. Her voice turned the heads of the celebrity judges in 2014 on a popular national TV talent competition where she appeared in two televised episodes. The experience was enough to fuel her passion for pursuing her life-long dream as a full-time recording and performing artist. The plan started when she received a guitar for her 16th birthday and began writing songs and performing in coffee shops in her hometown of Orlando. She released her first EP at just 17, and while in college in south Florida, she released her critically acclaimed coming-of-age single “Wildflower,” which led to her fans calling themselves her “Wildflowers.” She has been recording and performing full-time ever since. Her recordings have focused on her singer/songwriter side. Still, in 2018 she will be releasing new music with Lost Coast Records that will capture her dynamic indie-rock style, which has received critical acclaim with her live performances.

ParqEx has got you covered for the Carly Jo Jackson concert. We’ve got several parking spaces all around Summerfest!