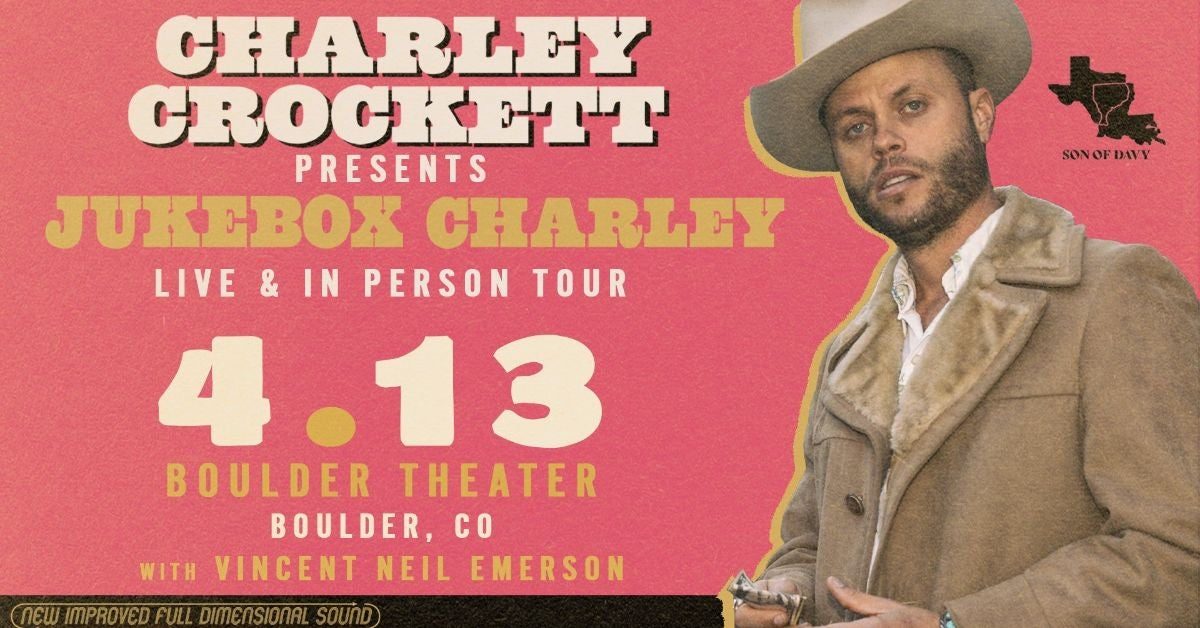 Growing up with a single mother in San Benito, Texas, the hometown of Tejano star Freddy Fender was not easy for blues singer Charley Crockett. However, hitchhiking across the country exposed Crockett to street life at a young age, following his relative, American folk hero Davy Crockett, who also lived on the American frontier. After train-hopping across the country, singing on the streets for change in New Orleans’ French Quarter, busking in New York City, and performing across Texas and Northern California, Crockett set off to travel the world and lived on the streets of Paris for nearly a year before searching for a home in Spain, Morocco, and Northern Africa.

In 2015, he received critical acclaim in Dallas and ultimately landed him a Dallas Observer Music Award for “Best Blues Act.” A record “rich with Southern flavor, a musical gumbo of Delta blues, honky-tonk, gospel and Cajun jazz,” Jewel proved that Crockett, born into poverty in the Rio Grande, had come home to make his musical mark on the South. Crockett, who is self-described as elusive, rebellious, and self-taught, has been compared to legends like Bill Withers, Merle Haggard, and Gary Clark Jr.

He released his sophomore record In The Night, an admirable nod to his Texas country and Louisiana blues roots, on June 4 and ended 2016, having played over 125 shows. “In the Night” and Crockett’s song “I Am Not Afraid” received international recognition from top tastemakers after being picked by NPR Music as one of the “Top 10 Songs Public Radio Can’t Stop Playing” and selected by David Dye to be featured on World Cafe in late July. The Fort Worth Star-Telegram called it “an impressive calling card, full of Crockett’s plaintive soulfulness and swinging tempos,” and Central Track noted the artist as having “the well-rounded songwriting capabilities of Van Morrison and a vocal approach that finds common ground between Bill Withers and early Dr. John.” In addition, Crockett graced the cover of Buddy Magazine in May 2016, who called him “the archetype of the new American vagabond.”

ParqEx has got you covered for the Charley Crockett show. We’ve got several parking spaces all around the Boulder Theater!