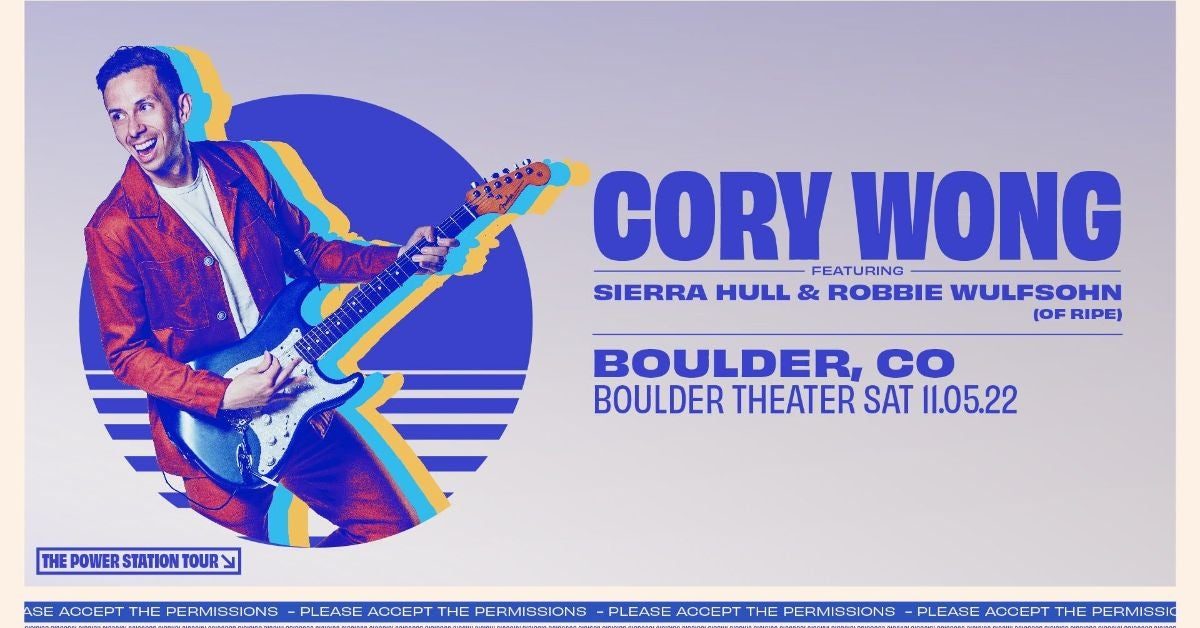 Music motivates at the most primal level.
You instinctually hum a tune in order to get pumped up in the morning, for fuel on the treadmill, to soundtrack your commute, or as the pre-game to a big night out. As much as he treasures his roles as a guitarist, composer, and producer, Cory Wong fashions himself “a hype man,” first and foremost. Living up to this classification, he slings a Stratocaster and hurls “dad jokes” from the stage with the same panache, poise, and power.

“For me, it’s all about the listener’s experience,” he explains. “I want them to have a visceral response like: ‘I feel better,’ ‘That was really fun,’ or ‘I got to escape for an hour.’ You’ll hear my voice through the guitar, but I’m just a hype man. To uplift audiences with instrumental music that has no singing or lyrics is a fun challenge. I’m trying to solve the riddle. If I can get one person to feel good this way, it’s a success.

Straight out of Minneapolis, Cory positioned himself as music’s answer to motivational speakers like Tony Robbins since emerging in 2011. Head-spinning rhythm guitar wizardry, technical ebullience, laugh-out-loud jokes, and radiance on stage established him as both a sought-after collaborator and celebrated solo artist alike. He lent his talents to television programs such as The Voice at the dawn of his career. After an impromptu meeting at the weekly jam hosted by Prince’s rhythm section (where the Purple One often either performed or watched), he crossed paths with Vulfpeck who welcomed him as a frequent collaborator and member of the band. Solidifying a fruitful partnership, the group named their most popular instrumental track “Cory Wong,” in tribute.

Lighting up the stage in the band everywhere from Red Rocks Amphitheatre to Madison Square Garden, he remains a cornerstone of Vulfpeck’s storied gigs. “I try to feature the guitar, but I don’t force myself into being the star of every song,” he says. “The instrument plays an appropriate role. It’s not all flash. I’m bringing rhythm to the forefront where it’s not so shreddy. I refer to it as ‘Covert chops.’ I’m doing things that are sneakily hard, but they lay in the cut. I allow the song to breathe and present myself as more of a composer rather than a guitar player.”

In the end, Cory transmits joy in its purest form through the guitar.

“The guiding light is to impart a feeling of joy,” he leaves off. “I want people to experience instrumental music in a different way. This is hype. It’s more than just guitar.”

ParqEx has got you covered for the Cory Wong concert. We’ve got several parking spaces all around the Boulder Theater!