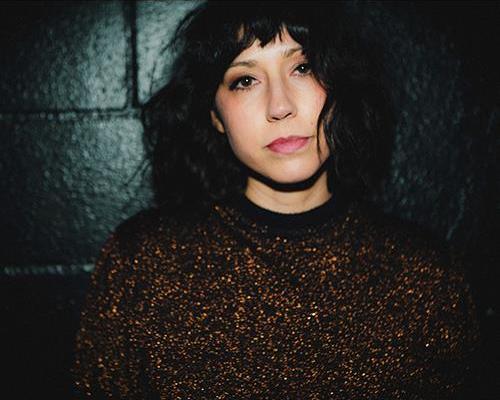 The third full-length from Deep Sea Diver, Impossible Weight, is a work of sublime highs and mesmerizing lows, its restless intensity both unsettling and transcendent. For bandleader Jessica Dobson, the album’s sonic and emotional expanse stems from a sometimes-brutal self-examination. This process began not long after the Seattle-based four-piece finished touring for their acclaimed sophomore effort, Secrets.

“We went into the studio pretty quickly after the tour ended, and I sort of hit a wall where I was feeling very detached from making music and unable to find joy in it,” says the vocalist/multi-instrumentalist, whose bandmates include her husband Peter Mansen (drums), Garrett Gue (bass), and Elliot Jackson (guitar, synth). “I realized I had to try to rediscover my songwriting voice and figure out the vocabulary for what I needed to say on this album.”

As she stepped back from the studio, Dobson focused on dealing with the depression she’d been struggling with and soon started volunteering for Aurora Commons (a drop-in center for unhoused people, most of whom are drug-dependent and engage in street-survival-based sex work). “I spent a lot of time with the women who frequent the Commons, and it taught me a new depth of empathy,” she says. “They’re people who don’t have the luxury of going back to a home at the end of the day and hiding behind those four walls, so they’re forced to be vulnerable with their needs. So talking with them and listening to them freed me up to start writing about things I’d never written about before in my songs.”

ParqEx has got you covered for the Deep Sea Diver concert. We’ve got several parking spaces all around Summerfest!