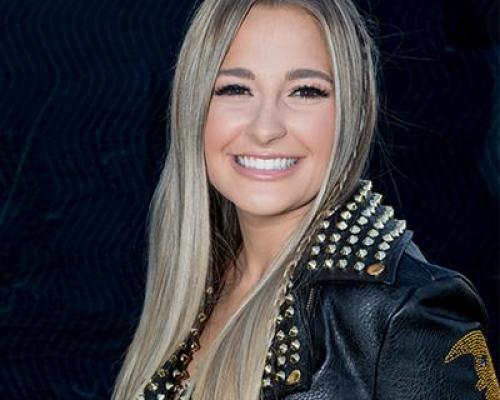 Long before Erin Kinsey officially launched her country music career, she was already an entire decade into it. This is why, at just 21, she is the epitome of a 10-year overnight success who has firmly established herself as a Nashville singer-songwriter with a long, bright future ahead of her.

While other women her age may be just starting to think about what’s next, Kinsey’s known for a good ten years exactly where she was headed because she had parents who told her to find what she loved back when she was an 11-year-old in Rockwall, Texas. “That way, I could start sprinting toward it as soon as possible,” the country newcomer says.

She’d grown up loving music but didn’t realize that being a singer-songwriter was a job. She remembers when a switch flipped for her, and she figured out that as a gifted songwriter with Texas-sized vocals, she absolutely could make a living making country music.

Kinsey may not be the first young woman to start making her mark on Nashville early on — Taylor Swift, LeAnn Rimes, and Tanya Tucker were the pioneers of that movement — but she is one of the only artists to be so far into her career at 21. During Kinsey’s last year of high school, she started making regular trips from Texas to Tennessee to write, play and sing. Then the day after graduation, she moved. “When I was finally living here, I was so immersed,” she says. “That was my start line. And I thought, ‘We’ll see what the journey holds.’

ParqEx has got you covered for the Erin Kinsey concert. We’ve got several parking spaces all around Summerfest!