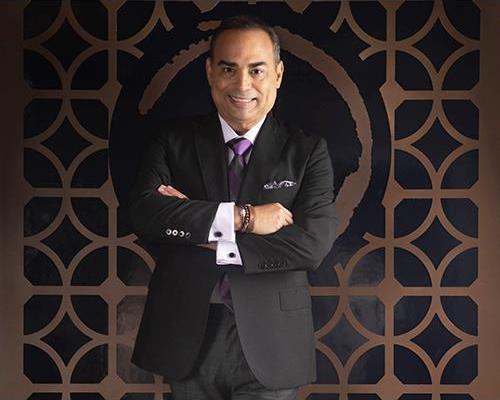 Over the past four decades, Gilberto Santa Rosa’s musical elegance and style have made him one of the world’s most successful Latin music vocalists. His countless accolades in the recording industry have reaffirmed his validity through the years, among them the 2002 ASCAP Latin Heritage Award and 6 GRAMMY awards. With 14 hits, he is the Guinness World Record Holder of the most #1’s on Billboard’s Tropical Albums chart. His record sales history includes many Gold, Platinum, and Multi-Platinum album certifications. His sales were so successful that Billboard Magazine named Gilberto Santa Rosa Tropical Artist of the Decade in 2010. In 2016, he received a Star on Puerto Rico’s Walk of Fame and the Lifetime Achievement Premio Soberano a la Trayectoría.

In the middle of 2017 and 2018, “El Caballero de Salsa” (The Gentleman of Salsa) had one of the most incredible milestones of his career. He performed in Cuba for the first time and shared his tour “40…y contando” on HBO Latino.

But Gilberto Santa Rosa’s honors don’t only include those that are awarded for musical achievements – in 2012; he was the first-ever musician to receive the Lifetime Culture Achievement Award from the United Nations, an honor that had thus far only been given to heads of state and politicians who performed significant contributions for world development. The international jury that awarded him recognized his success in promoting cultural development, including his performance as a spokesman for social campaigns such as the National Association for Diabetes and other initiatives that create awareness of domestic violence and mistreatment of women.

ParqEx has got you covered for the Gilberto Santa Rosa concert. We’ve got several parking spaces all around Summerfest!