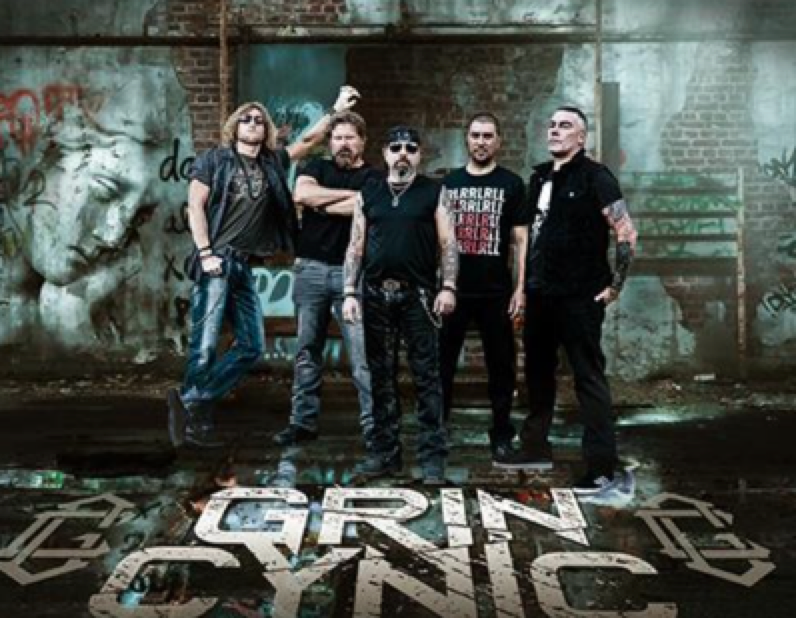 Grin Cynic was initially founded when Singer/Guitarist/Songwriter Mike Lee submitted an original three-song demo tape to an independent record label for consideration. The label was impressed and asked Mike to put together a band and head to the recording studio to record a full-length album. Mike recruited not only great musicians but guys that all gelled together on a personal level, including singer/ lyricist Marc Nichols. One weekend, the band recorded a nine-song CD entitled “Demonstration,” which quickly made some noise in their city of Orlando, Florida. Additionally, they had the opportunity to present their single to the nation when the band was invited to appear on the Howard Stern show live. That, along with a televised live performance at New York City’s famous CBGB, put Grin Cynic’s name on the map. But like many bands, after some touring, they started to go in different directions musically, and eventually, the boys went their separate ways. Mike kept close with Marc throughout the years and played several shows together in other bands.

In 2017, Mike learned that Marc had suffered a massive stroke, ultimately leading to his untimely death. Before he passed away, Marc encouraged Mike to carry on the Grin Cynic name and allow the music to live on with some of the atypical riffs and melodies that never made it to the original album. At his funeral, Mike was gifted with Marc’s book of poems and lyrics, which then inspired Mike to begin recruiting new bandmates to head back into the recording studio again. Veteran guitar player Sean Young, who had recently completed a tour of the darkest dankest corners of Europe, was the first member to be recruited into the new Grin Cynic lineup. He was soon followed by drummer Raffi Lamardo, who brought along a Venezuelan style rhythm over his powerful beats. The lead singer position was filled by fitness guru Brendan McKenzie, who hailed from the mean streets of New Jersey before making his way down south to a residential complex in the lesser West Palm Beach area. One day while trying to be a vegan at a barbecue, McKenzie ran into husky bass player Greg “Ogden” Botty, and the two realized that they had toured together in the Northeast a decade prior in separate bands. They also discovered that they had coincidentally moved into the same aforementioned residential complex. There just happened to be an opening for a bass player, and the new lineup of Grin Cynic was complete. It is almost as if the universe was giving this project a second chance at life. The new lineup not only had a lot of similarities to the original members but also shared the same strong sense of creativity and ball-busting camaraderie. The new Grin Cynic currently has 2 EPs out, and their December 2021 single “Walk The Fire” has been tearing up both the Billboard and Foundation charts since its release. Grin Cynic closed out 2021 by opening some tour dates for Nita Strauss and is currently touring around the state of Florida and opening up for national acts around the country.

ParqEx has got you covered for the Grin Cynic concert. We’ve got several parking spaces all around Summerfest!