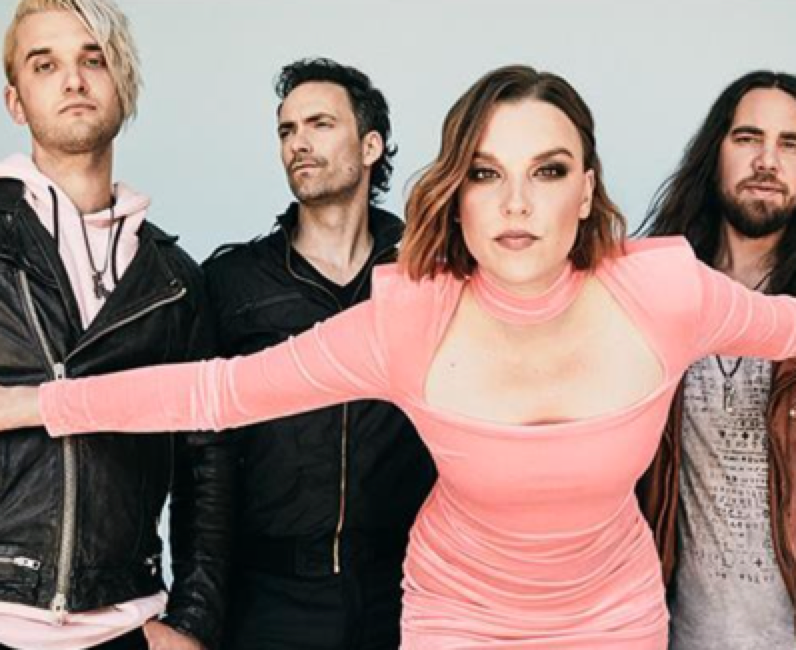 Self-doubt and depression clawed at the edges of Lzzy Hale’s mind when it came time to pen Halestorm’s fourth album, a follow-up to 2015’s Into The Wild Life. The musician didn’t feel like she was where she needed to be, both professionally and personally. When she and her bandmates, Arejay Hale, Joe Hottinger, and Josh Smith, began writing, Lzzy wasn’t even sure who she was. “I kept thinking, ‘Can I still do this?’” she says. “I went down many rabbit holes, and I’m my own worst critic. So I needed to overcome many internal hurdles during this writing and recording process. This record was about overcoming inner demons.”

The band began writing, but the first batch of songs didn’t feel quite right, so Halestorm scrapped it and started over. And in the end, Vicious represents Halestorm’s most personal and inventive album, a profoundly lived-with collection of songs teaming with genuine heart and soul. It’s also how Lzzy got her groove back. “I don’t think there was any other way to get through that difficult time than to write about it,” she says. “This record was like therapy.” The album was recorded with producer Nick Raskulinecz (Foo Fighters, Alice In Chains, and Rush) at Nashville, TN’s Rock Falcon recording studio, and the producer, with whom the band had previously worked on their 2017 covers EP ReAniMate 3.0: The CoVeRs eP, pushed each musician to a new place musically. Each song went through five or six versions and ultimately carried the listener on a journey, emphasizing the band’s strengths while revealing a dynamic evolution.

ParqEx has got you covered for the Halestorm concert. We’ve got several parking spaces all around Summerfest!