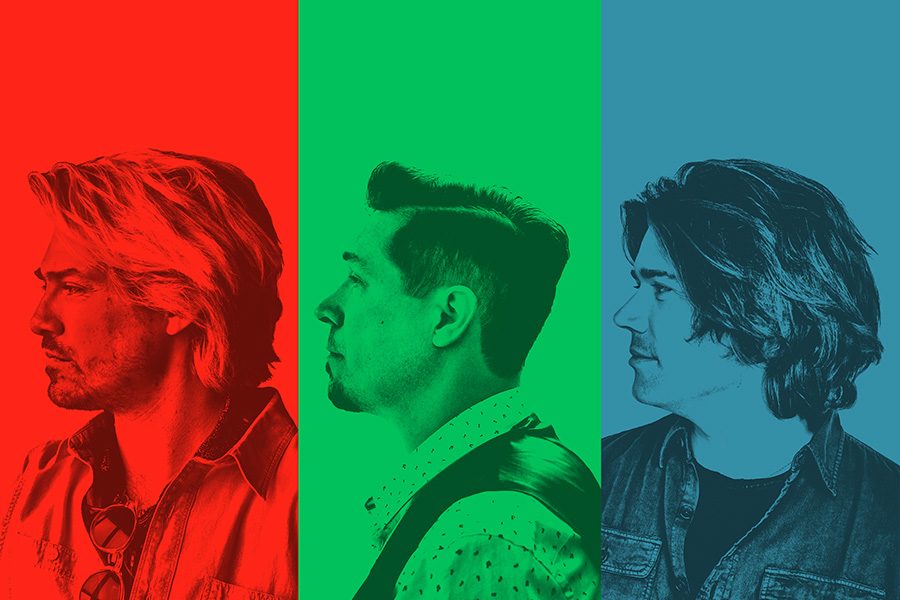 Hanson are an American pop band from Tulsa, Oklahoma, United States, formed by brothers Isaac Hanson (guitar, vocals, bass, piano), Taylor Hanson (keyboards, vocals, percussion), and Zac Hanson (drums, vocals, piano). Supporting members include Dimitrius Collins (guitar) and Andrew Perusi (bass), who have toured and performed live with the band since 2007. They are best known for the 1997 hit song “MMMBop” from their debut album released through Mercury/Polygram Records, entitled Middle of Nowhere, which earned three Grammy nominations. The group’s label Mercury Records was merged with its sister labels and the band was moved to Island Def Jam Music Group. After releasing one album on Island Def Jam, the label and the group parted ways. Hanson has sold over 16 million records worldwide and have had three Top 20 albums in the United States. They have had three Top 20 US Hot 100 singles and eight UK Top 40 singles. The band now records under its own independent record label, 3CG Records.

ParqEx has got you covered for the Hanson concert. We’ve got several parking spaces all around The Sylvee!