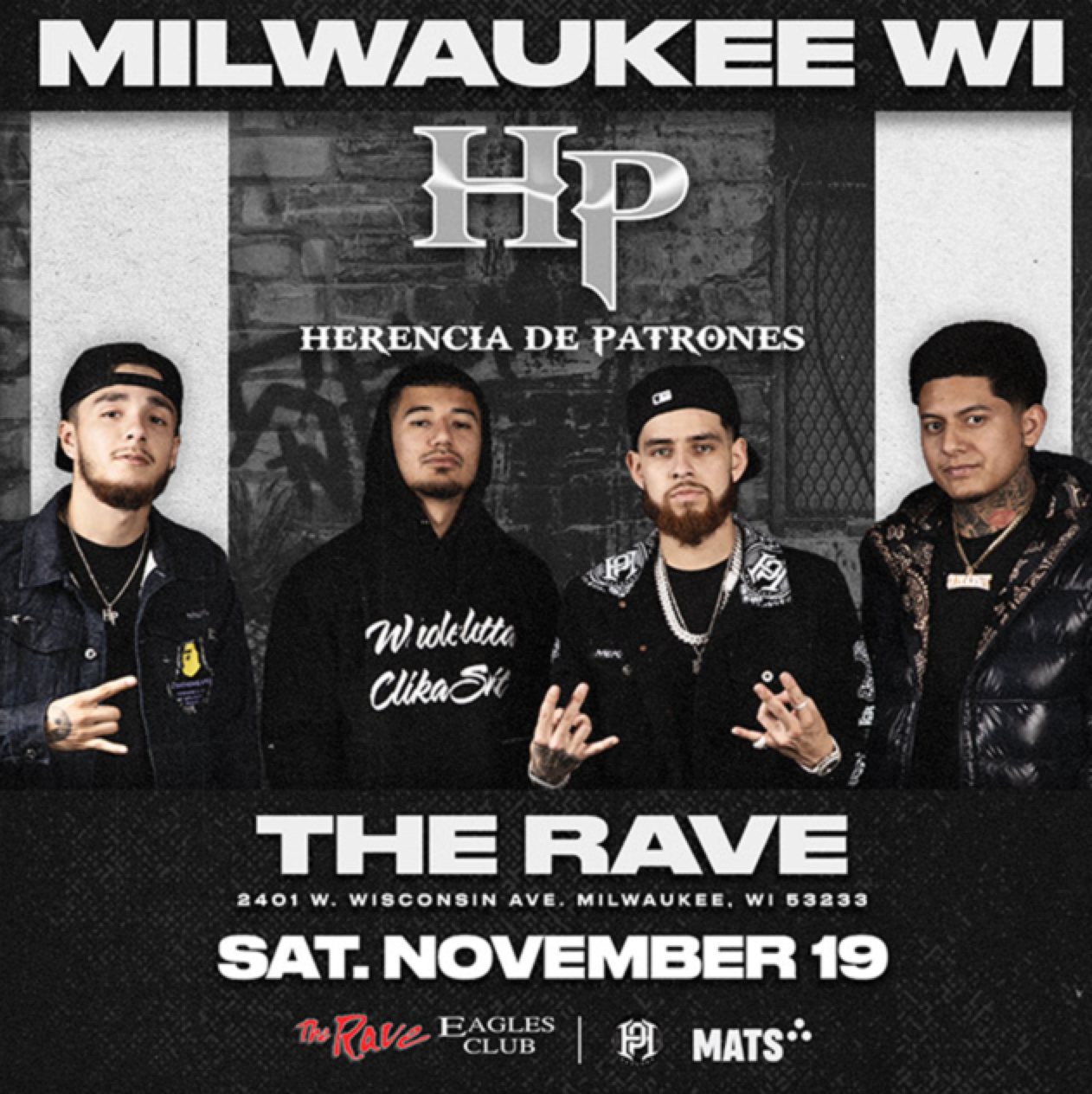 Herencia de Patrones is a corridos tumbados group from Northern Mexico. The trio employs the requinto (high-string) guitar, bajo sexto, and tuba with rich harmony singing. Their songs are about street life, partying to excess, raw sexuality, the drug trade, and violence. Their exciting live shows drew the attention of Jimmy Humilde of Rancho Humilde Records, whose Urbano requinto roster already included Legado 7 and Fuerza Regina. He signed them in early 2019 and rushed out their debut album Pa Las Vibras, and followed it with the seven-track Para Los Que Conocen El Rollo in 2020. The band created its own label in early 2021 and self-issued HP Everything in July. Herencia de Patrones’ seven-track debut EP, Clicka Fija, appeared in 2018. It hit the streaming charts, and the band’s videos registered in the low millions. They joined Rancho Humilde’s Great Smoke Out Tour with their labelmates and won tens of thousands of new fans across the Southwestern United States. Later that year, they delivered the concert date En Vivo Desde Wounded in the middle of an intense touring schedule. The band continued to release videos at an astonishing clip. As 2019 commenced, the group began to issue new videos virtually every month, increasing their profile further and drawing airplay from Mexican Regional radio in the United States as well as immense popularity at streaming. In the autumn of 2019, Herencia de Patrones issued Pa Las Vibras, their proper studio debut. It entered the Top Latin Albums chart at number 11; the same week, its collected videos totaled over 65 million views. An EP, Sorry for the Wait, followed in March 2020. Herencia de Patorneds left Rancho Humilde later that year to create the HP Records label. In July 2021 they issued the long player HP Everything.

ParqEx has got you covered for the Herencia de Patrones concert. We’ve got several parking spaces all around The Rave/Eagles Club!