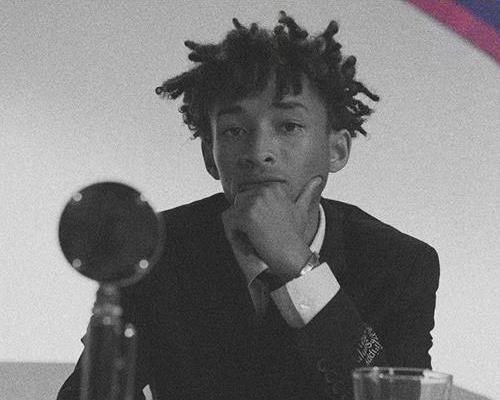 Jaden Smith is an actor, musician, and activist in Los Angeles, California. Smith released the enhanced album CTV3: Day Tripper’s Edition in August 2021. The album features a new tracklist and spatial audio capabilities on select platforms. Consisting of 19 tracks, the album includes singles “Summer” and “BYE,” as well as focus track “Still In Love.” It also features Australian rock band Babe Rainbow on “Our Psychedelic Love Story” and artists Joey Bada$$ and Raury on “Endless Summer Remix.” His third studio album, CTV3: Cool Tape Vol. 3, was released on August 28, 2020. The album features Justin Bieber on the track “Falling for You” and artist RAURY on “Endless Summer.” Jaden released his second album ERYS in July of 2019. The album features collaborations with his sister, Willow Smith, Tyler the Creator, Trinidad James, ASAP Rocky, Lido, and Kid Cudi. In support of the album, Jaden opened for Tyler the Creator’s tour “IGOR” alongside Blood Orange and Goldlink in the fall of 2019. Jaden wrapped the “Willow & Erys” North American Tour he co-headlined alongside Willow in December 2019. Smith announced his project The Sunset Tapes: A Cool Tape Story and new single ‘GOKU’ in the fall of 2018. The Sunset Tapes: A Cool Tape Story was released in November 2018. In November 2017, Smith released his album SYRE via his own MSFTS Music/Roc Nation label through their Interscope Records partnership. The album debuted in the Top 10 on Billboard’s Rap Chart Hip Hop / R&B Chart and as #23 on the Billboard 200. Recently SYRE surpassed 100 million streams on Spotify worldwide. Smith was named one of TIME’s Top 30 Influential Teens of 2017 and one of Pandora’s Artists to Watch of 2018. Smith dropped his album Cool Tapes Vol. 2 in November 2014 exclusively on his app Jaden Experience. The app is the first to be released on a new platform that allows artists to distribute their music directly to their fans, creating an album-like experience through a dedicated platform. His first mixtape, The Cool Café, was released in 2012. Smith also hosted his program on Apple Music’s Beats 1 radio show.

ParqEx has got you covered for the Jaden concert. We’ve got several parking spaces all around Summerfest!