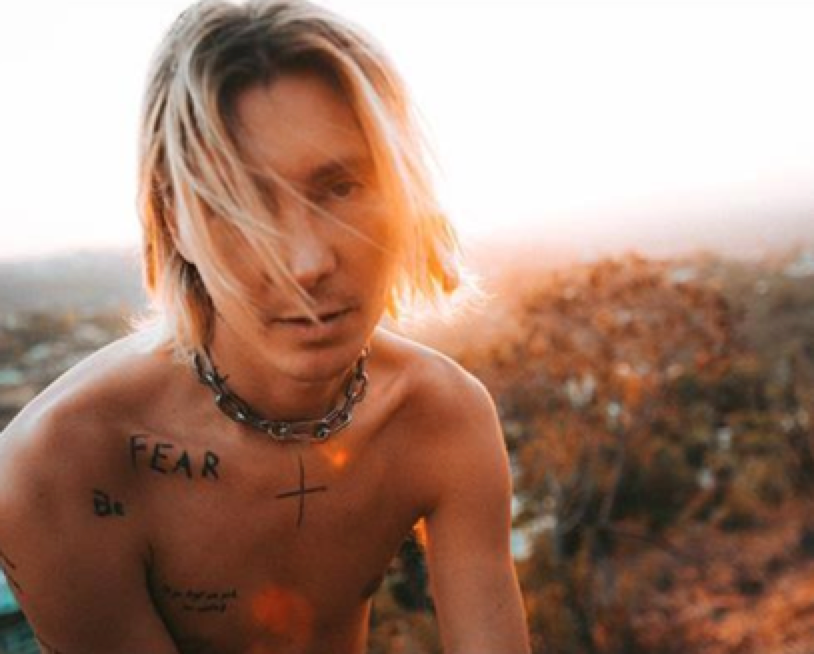 Previously, English was a member of Dead Letter Diaries before founding the band Eye Alaska and Canary Dynasty. Going solo in 2015, English has since written and produced music alongside other industry artists, including Jeff Bhasker, Teddy Riley, Rick Nowels, Matt Wallace, Dave Sitek, and Alesso. English’s debut studio album, Subject to Flooding, was released on 21 September 2018 in collaboration with producers S1 and Linus and featured contributions from Travis Barker of blink-182.