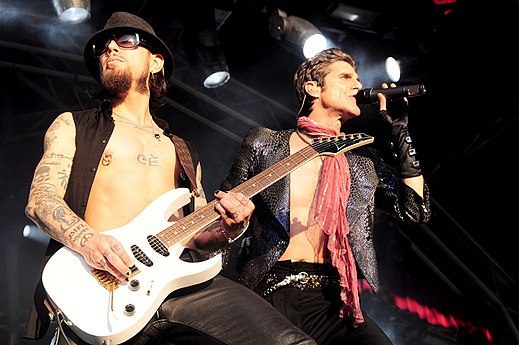 In 1997, the band reunited with Flea of the Red Hot Chili Peppers, replacing Avery on bass guitar for a one-off tour. In 2001, a second reunion took place, with Martyn LeNoble—and later Chris Chaney—occupying the role of a bass guitarist. In 2003, the band released its third studio album, Strays, before dissolving the following year again. In 2008, the band’s original line-up reunited and embarked on a world tour. However, Eric Avery left the band in early 2010 as the group began working on new material. The band released its fourth studio album, The Great Escape Artist,, in 2011, with Chaney returning to the bar for its recording and subsequent tour. It featured the TV on the Radio’s multi-instrumentalist Dave Sitek. In 2016, Jane’s Addiction was nominated for induction into the Rock and Roll Hall of Fame.