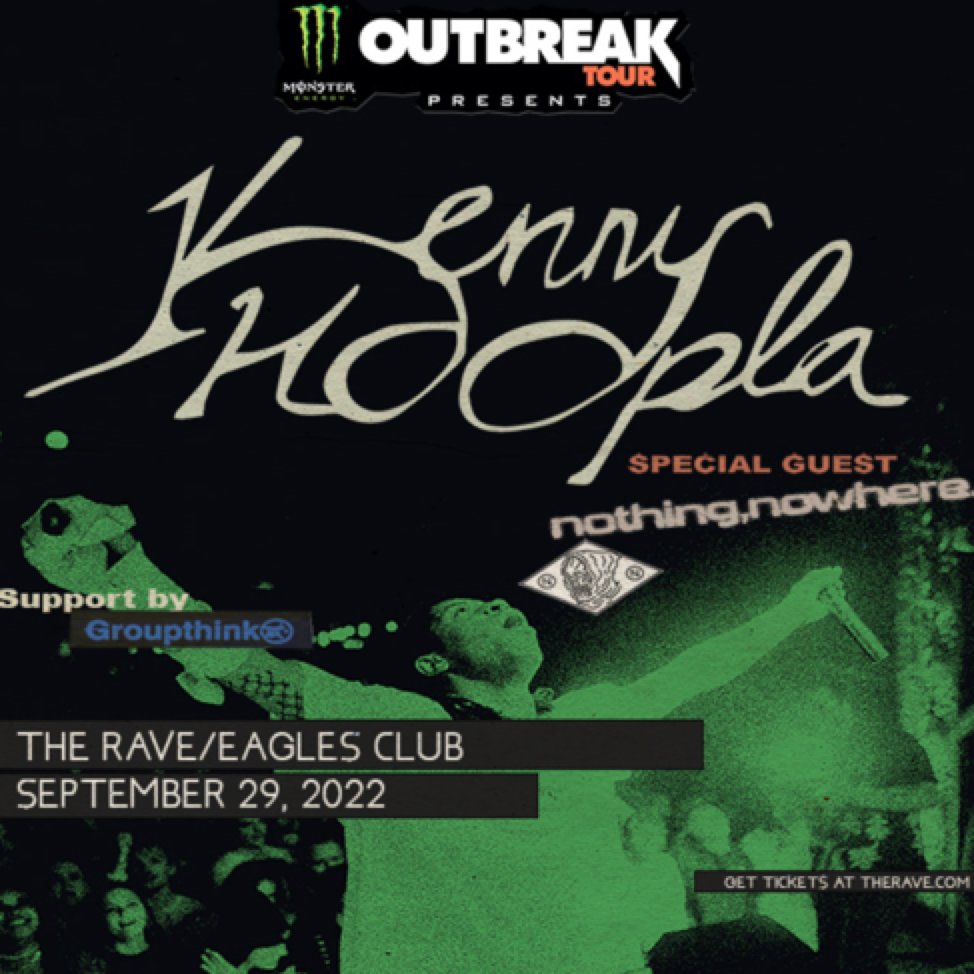 After experiencing a breakout year in 2021 (including releasing an EP with punk legend Travis Barker and playing sold-out shows across the country), KennyHoopla is in high gear for 2022: the pop-punk artist will headline the Monster Energy Outbreak Tour this fall, kicking off in Denver on September 10, and hitting The Rave/Eagles Club in Milwaukee on September 29th.
Born Kenneth La’ron, the Cleveland-born artist has become known for taking risks with his raw, honest sounds inspired by a diverse array of musical influences from dance-punk and indie rock to electronica. KennyHoopla garnered wide acclaim for his 2019 single, “Lost Cause,” landing him on Spotify’s “Fresh Finds”, “Alternative R&B” and “Anti-Pop” playlists and amassing over a million streams.

His collaboration with Barker, titled Survivors Guilt: The Mixtape, released in June of 2021, put Kenny in the center of a pop-punk whirlwind. He starred alongside Avril Lavigne in the music video for WILLOW’s “G R O W” before playing big sets at Firefly Festival, Austin City Limits, and Riot Fest. Headlining the Monster Energy Outbreak Tour is the latest event in a landmark year for the singer. Straight-edge emo rapper nothing, nowhere. will support KennyHoopla on the tour, along with Groupthink.

“I’m excited to headline the Monster Energy Outbreak Tour with my brothers nothing, nowhere. & Groupthink. So many cities that I haven’t played in yet & I can’t wait to meet you all!”, shares Kenny.

ParqEx has got you covered for the KennyHoopla concert. We’ve got several parking spaces all around The Rave/Eagles Club!