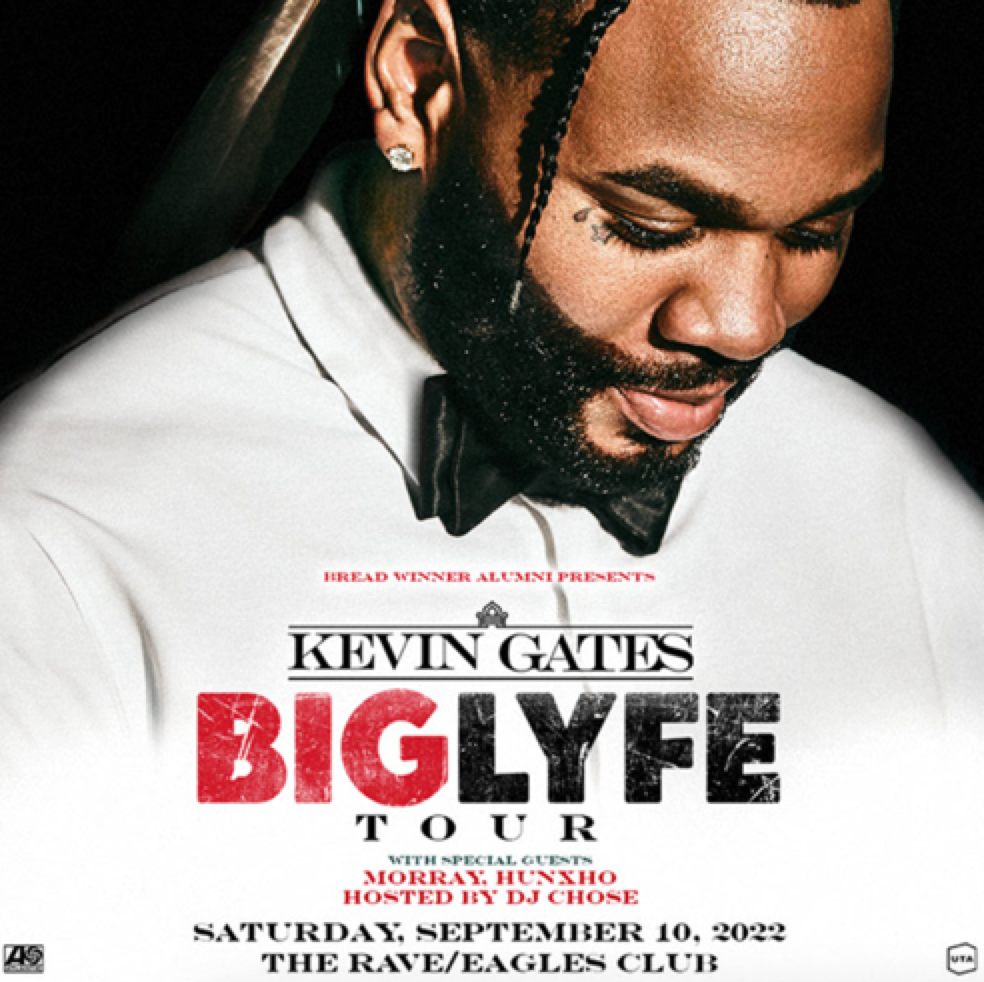 RIAA multi-platinum certified rap superstar Kevin Gates has announced the long-awaited release of his third studio album, KHAZA, due to arrive via Bread Winner Alumni/Atlantic Records on Friday, June 17th. KHAZA is heralded by today’s premiere of the new track, “Bad For Me.” In addition, KHAZA also includes the acclaimed new song, “Big Lyfe.” Produced by 3x GRAMMY® Award-nominee T-Minus (Drake, Kendrick Lamar, Young Thug), “Big Lyfe” was met by widespread media attention, with REVOLT declaring, “The brand new offering sees Kevin Gates spit some bars about appreciating the journey you’re on and life you’re living.” “The rapper’s success and spirituality align over electrifying production,” wrote HotNewHipHop, “celebrating the power of positivity and purpose.”
Gates – will celebrate KHAZA with the epic “Big Lyfe Tour,” getting underway August 18 at Dallas, TX’s The Pavilion at Toyota Music Factory and then continuing into mid-October, including a date at The Spectacular Eagles Ballroom in Milwaukee, WI.

ParqEx has got you covered for the Kevin Gates concert. We’ve got several parking spaces all around The Rave/Eagles Club!