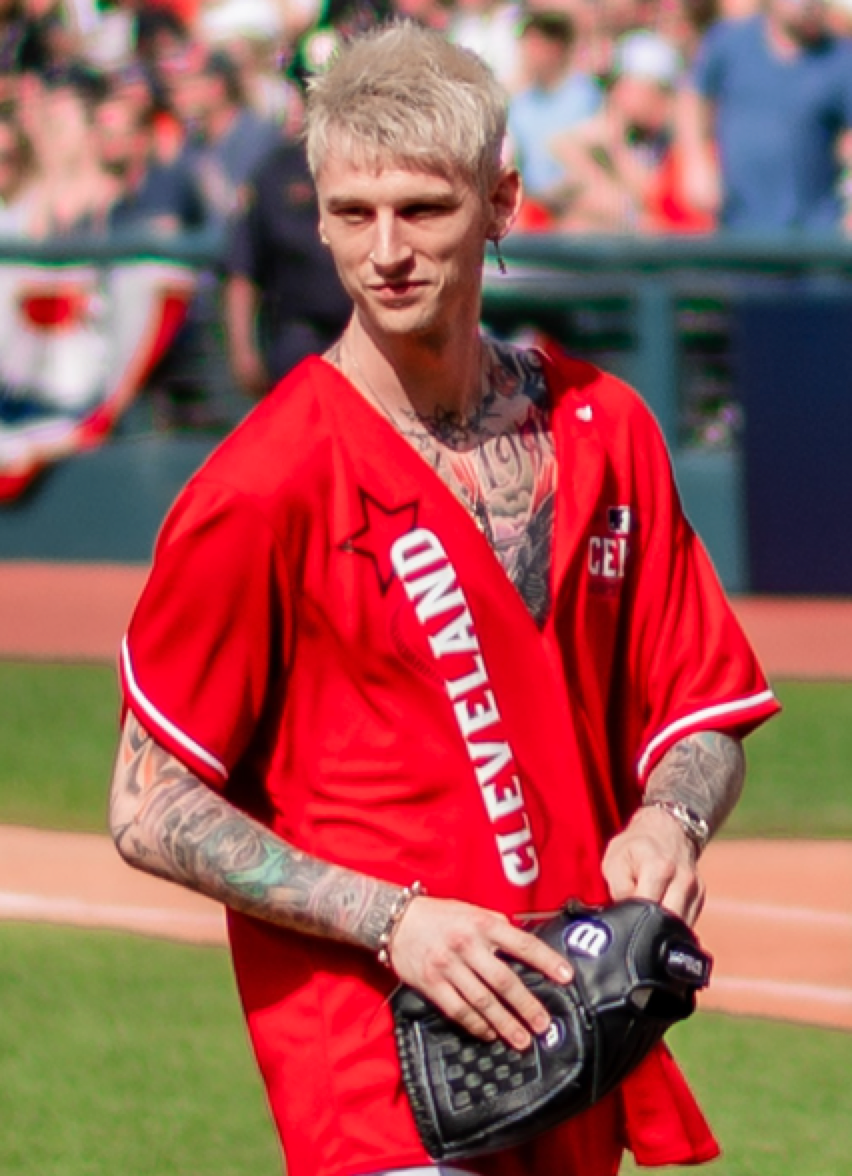 Machine Gun Kelly is an American rapper, singer, musician, and actor. He is noted for his compositional blending of contemporary and alternative hip hop with rock.

Machine Gun Kelly released four mixtapes between 2007 and 2010 before signing with Bad Boy Records. He released his debut studio album, Lace Up, in 2012, which peaked at number four on the US Billboard 200 and contained his breakout single “Wild Boy” (featuring Waka Flocka Flame). His second and third albums, General Admission (2015) and Bloom (2017) achieved similar commercial success; the latter included the single “Bad Things” (with Camila Cabello), which peaked at number 4 on the Billboard Hot 100. His fourth album, Hotel Diablo (2019), included rap-rock.

Machine Gun Kelly released his fifth album, Tickets to My Downfall, in 2020; it marked a complete departure from hip hop and entry into pop-punk. It debuted at number one on the Billboard 200, the only rock album to do so that year, and contained the single “My Ex’s Best Friend,” which reached number 20 on the Hot 100. He achieved similar commercial success with its follow-up Mainstream Sellout (2022).