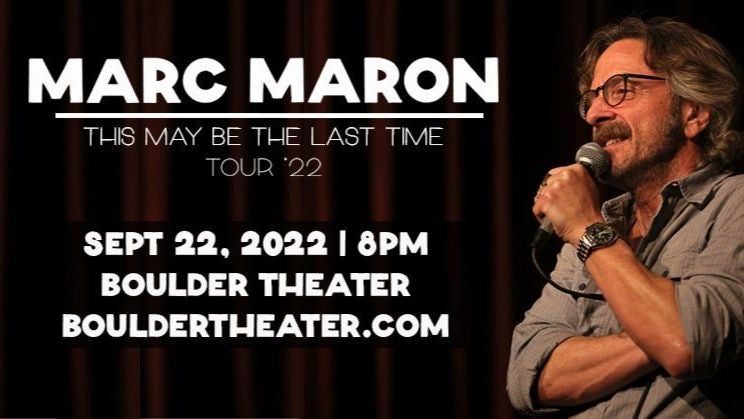 Marc Maron has four hit stand-up comedy specials – including “MORE LATER” (2015) on Epix, and “THINKY PAIN” (2013), “MARC MARON: TOO REAL” (2017) and 2020’s “END TIMES FUN”, which was nominated for a 2021 Critics’ Choice Award, on Netflix.
With his landmark podcast WTF with Marc Maron, which averages 6 million downloads per month, Maron has interviewed icons such as Robin Williams, Keith Richards and former US president Barack Obama. He also starred in the Netflix original series “GLOW” and has had roles in the films JOKER, SPENCER CONFIDENTIAL, SWORD OF TRUST, STARDUST, and the 2021 Aretha Franklin biopic, RESPECT, alongside Jennifer Hudson.

ParqEx has got you covered for the show. We’ve got several parking spaces all around the Boulder Theater!