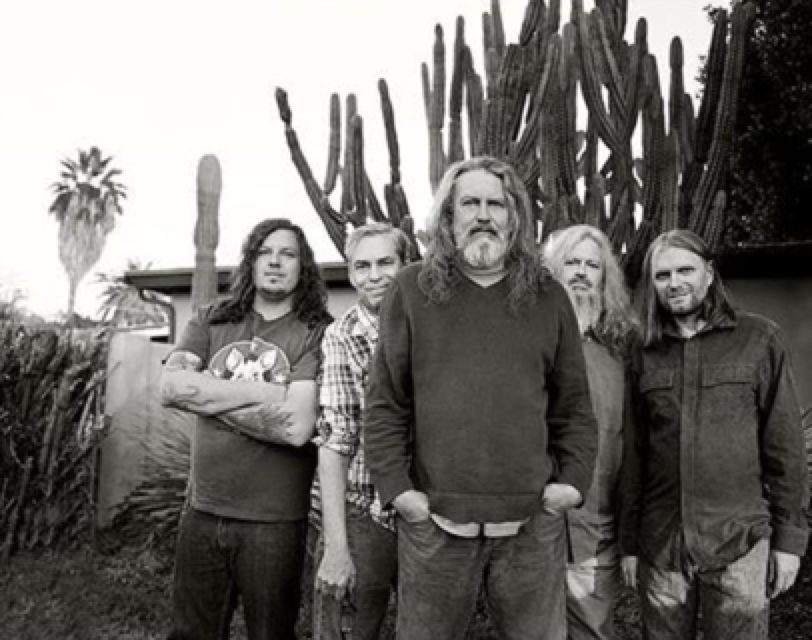 At their induction into the Arizona Music & Entertainment Hall of Fame in 2017, the Meat Puppets, one of the most exciting, original, and enduring bands in rock history, managed to both honor their story and introduced its next chapter.

On that night in August, at the Celebrity Theatre in Phoenix, founding members Curt Kirkwood, on vocals and guitar; his brother Cris Kirkwood, on bass and vocals; and Derrick Bostrom, on drums, joined together onstage for the first time in over two decades. Throughout a set that included era-defining songs like “Lake of Fire,” “Plateau” and “Backwater,” the chemistry was more than promising, as Bostrom isn’t shy to point out. “It was so intense that even I couldn’t deny it!” he recalled recently. “It was just like, now I remember why we did this. It was magical.”

The white-hot enthusiasm he felt at that awards ceremony in Phoenix hasn’t waned. That rekindling has resulted in Dusty Notes, the band’s new Megaforce release, and the first Meat Puppets studio album Bostrom has participated in since 1995’s No Joke! “This is a classic situation where the project took us over, and we way exceeded our expectations,” he said of Dusty Notes, who calls it the “best record we’ve ever done.”

ParqEx has got you covered for the Meat Puppets concert. We’ve got several parking spaces all around Summerfest!