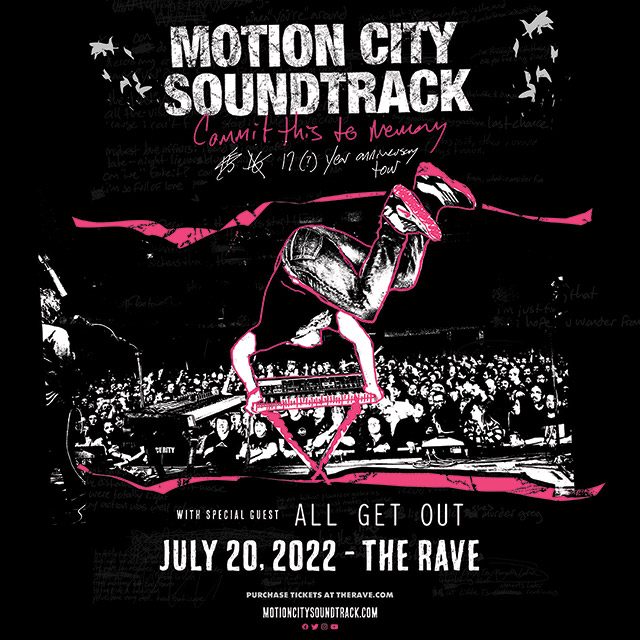 Motion City Soundtrack has waited years to celebrate the 15th anniversary of their 2005 Epitaph release “Commit This To Memory.” COVID-19 had other plans. Motion City Soundtrack will not be deterred from celebrating the 17th-anniversary tour of “Commit This To Memory.”
Motion City Soundtrack was formed in 1999 in Minneapolis, MN. Since then, they’ve released six albums and multiple EPs. In addition, the band is a consistent road warrior with many tours of duty on The Vans Warped Tour, frequent Midwest tours, and SEVENTEEN previous stops at The Rave / Eagles Club (18 if you counted Justin Courtney Pierre’s solo appearance in 2018).

You know what to expect. You know who they are. They probably know who you are. And you know you want to be there!

Opening the show is All Get Out, the comedy of Neil Rubenstein.

ParqEx has got you covered for the concert. We’ve got several parking spaces all around The Rave/Eagles Club!