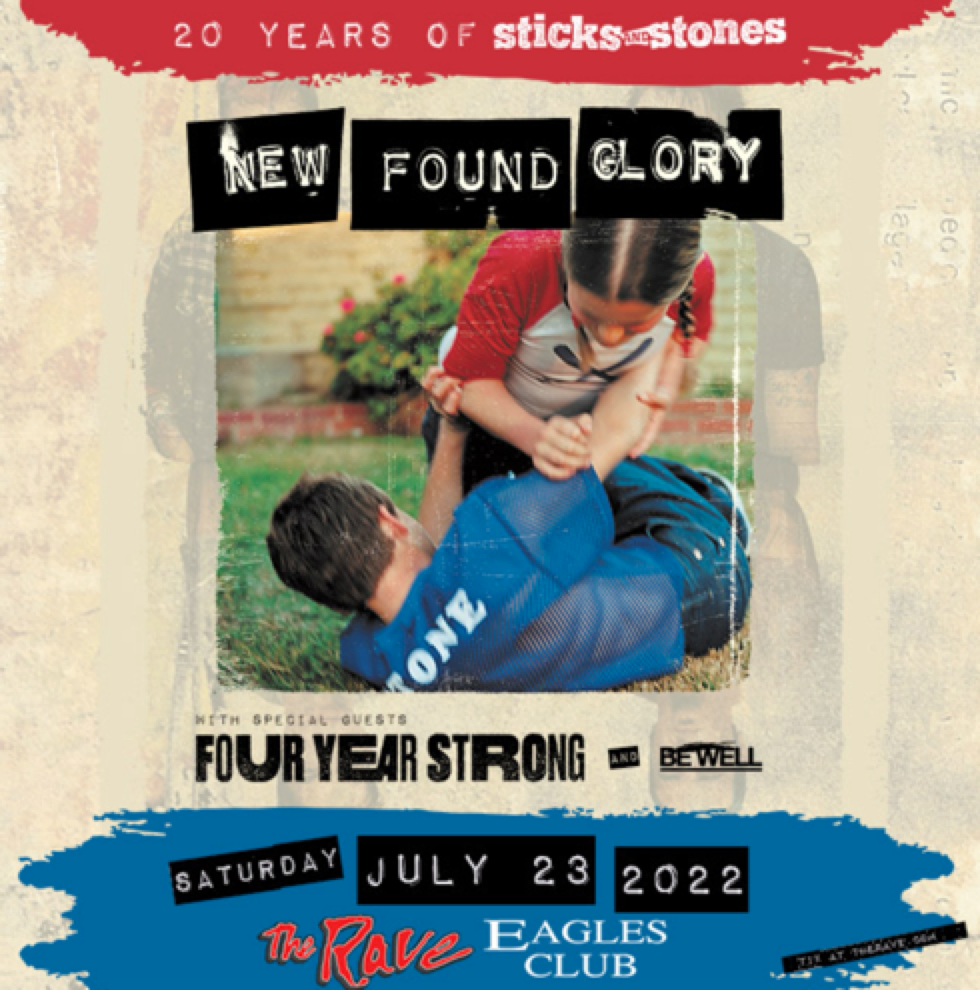 New Found Glory returns to The Rave to celebrate 20 Years Of Sticks and Stones. This will be the band’s 12th appearance at The Rave, dating back to 2000.

ParqEx has got you covered for the New Found Glory concert. We’ve got several parking spaces all around The Rave/Eagles Club!