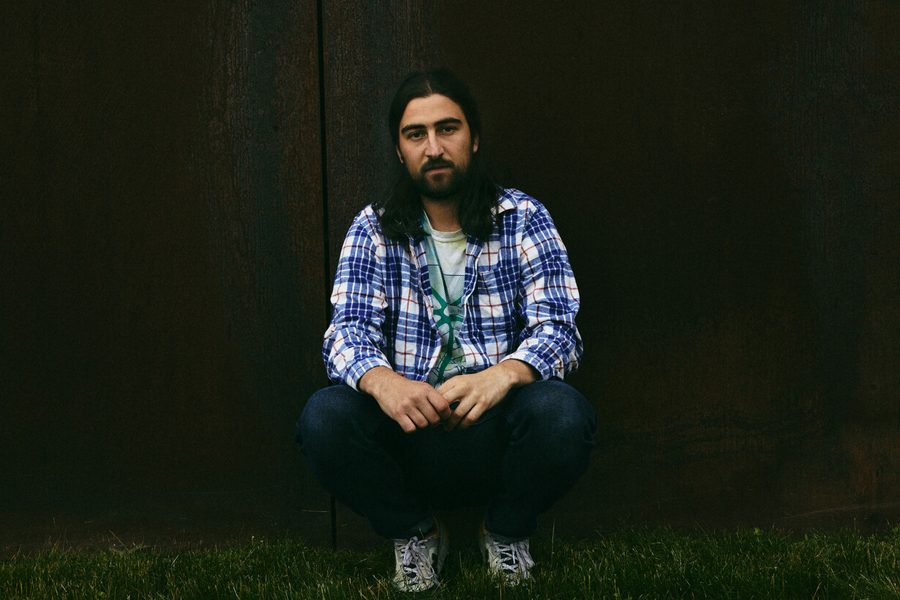 Seasons change. Places change. People change. As Noah Kahan changes, he casts those experiences onto songs like light through a film projector. The Vermont singer pens songs straight from the heart and cracks jokes with his signature, self-deprecating sense of humor; he’s just changed in all of the right ways (and chronicled them via his songwriting).
After 5 years of critical acclaim, global touring, and numerous collaborations, Kahan sought an even purer style of writing and arrangement, a challenge from within to convey a vivid representation of what he loves, fears, and struggles with most passionately.

Through his journey from small town Vermont to global renown, he’s racked up over one billion streams, released two full length albums (Busyhead, 2019 and I Was / I Am, 2021) and a mid pandemic EP (Cape Elizabeth, 2020). Noah has remained prolific in 2022 with his single “Stick Season.” Rife with fluttering guitar melodies, inviting vocals, and homey imagery of the Northeast on the verge of a change of seasons, the track represents another massive turning point for him.

“I wrote ‘Stick Season’ without knowing it would become, in my opinion, the most important song of my career,” he muses. “It allowed me to finally cross over into the style of songwriting that I have loved my entire life, and the second I finished writing it, I felt a level of comfort and honesty that I had never previously felt since I began my journey in music. Being able to tell story, and being able to relate it back to my home in New England in such an honest way, made me believe in myself again.” Fans reacted immediately and after performing the song live on social media, his followers relentlessly commenting about releasing the song. Noah tested “Stick Season” live on tour to a rousing response, and a fan’s video of the moment circulated quickly online. In an instant, Kahan’s relationship with his career was altered, his conviction for storytelling and a pursuit of a more organic sound that aligned with the folk music of his upbringing had firmly arrived.

“Stick Season” paints one of his most arresting lyrical pictures yet, likening “feeling left behind and trapped” into the decomposition of leaves on the ground with a disarmingly unfiltered final visual, “Now you’re tire tracks, and one pair of shoes, and I’m split in half, but that’ll have to do.”

“It’s about seeing the other side of a place you thought was only beautiful,” he reveals. “As a relationship ends, some place or someone you used to look back at so fondly quickly transforms into a memory of pain. The beauty of autumn foliage in Vermont transforms into a brown and gray wasteland as we wait for the first snow. It is an unfortunate but necessary transition, similar in so many ways to the transition from familiar lovers into heartbroken strangers. I like to look at the song as hopeful; winter will come, the snow will fall, melt, and eventually summer will be back in all its beauty. You will suffer, move on, and survive again. The last line speaks to the acknowledgement of the end: an inventory of the pieces left behind and an acceptance of the future.”

For as much as he may have changed, Noah’s goal stays the same.

“I still want to be able to connect to folks in the way I do and value when I listen to music,” he leaves off. “Change is something you can learn from. It’s never too late to be a better person and to move forward. Always work on yourself and give yourself a fucking break every once in a while. I hope listeners feel like there’s more to learn about me, just like I do when I listen to my favorite artists. I also hope they’re happy to stay along for the ride, because I’ve been so grateful for them so far.”

ParqEx has got you covered for the Noah Kahan concert. We’ve got several parking spaces all around The Sylvee!