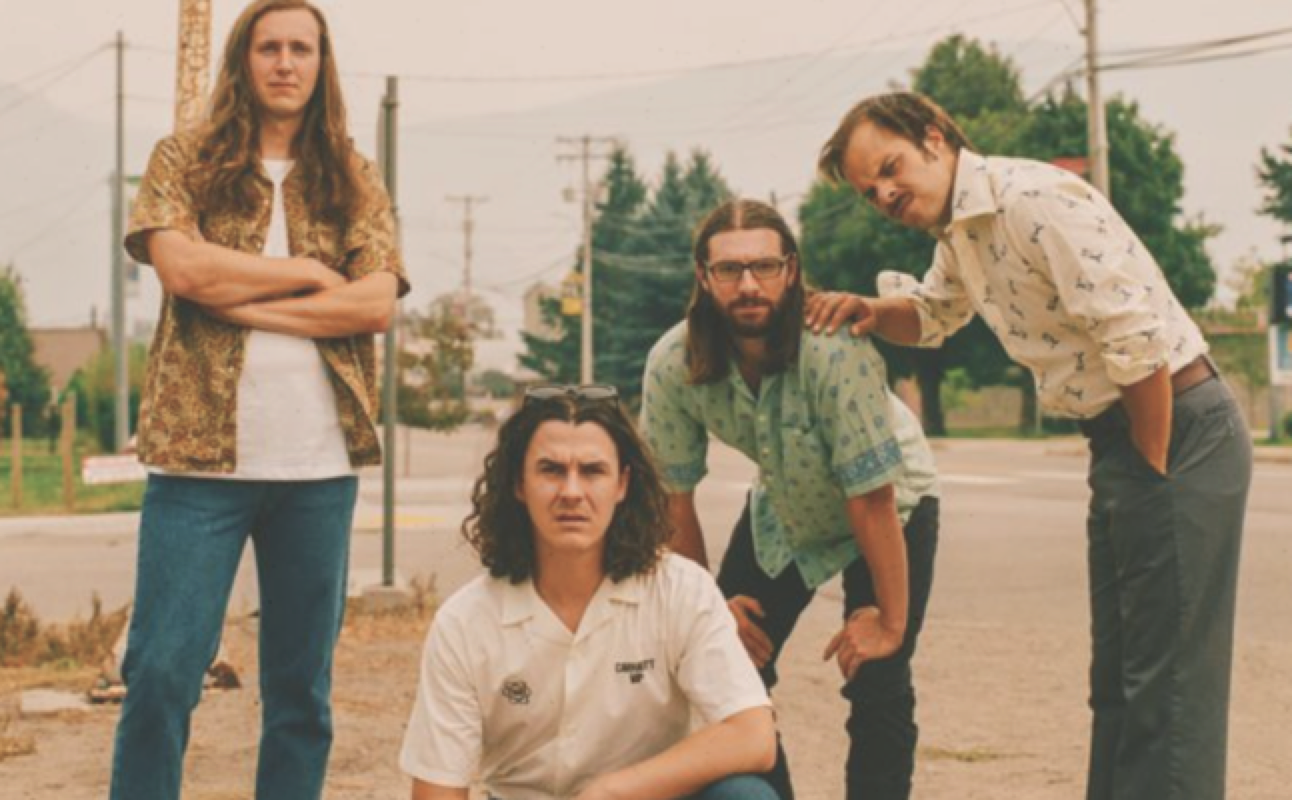 Vancouver quartet Peach Pit hit just the right sweet spot for easy, breezy guitar pop, and it’s earned them a loyal following both online and off — thanks to their especially fun and well-polished live shows. Back in 2016, the band formed rather organically. At 20 years old, vocalist and guitarist Neil Smith decided he wanted to go rock after trying his hand in a folk band. He teamed up with guitarist Chris Vanderkooy and bassist Peter Wilton, a pair of longtime childhood friends, along with drummer Mikey Pascuzzi. Upon their first practice together, the group began to lay down the track “Peach Pit,” and realized they had musical chemistry right from the get-go. The quartet soon got to work, practicing for about a full year before booking their first show as Peach Pit. They started making waves online with the chilled-out “Peach Pit” and went on to release their debut EP, Sweet FA, in 2016. The following year, the band released their full-length debut album, Being So Normal, the title inspired by a note from a judge at a band contest they had once entered. At this point, they’d proven themselves far from normal as they were quickly gaining followers online and on the road, and even calling their fans “daddies,” a name inspired by Vanderkooy’s nickname in high school (when he was trying to grow a beard). With the release of their 2020 sophomore album, You and Your Friends, that playfulness would continue to seep through every bit of Peach Pit’s sound.

ParqEx has got you covered for the Peach Pit concert. We’ve got several parking spaces all around The Sylvee!