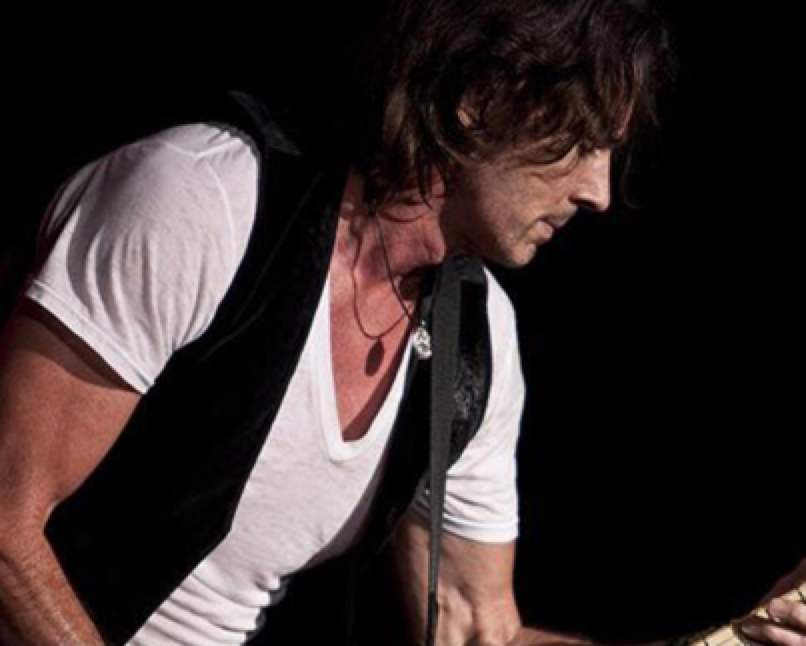 Over the past four decades, Rick Springfield has worn many hats as an entertainer and performer. The creator of some of the finest power-pop of the ’80s, a Grammy Award-winning singer, songwriter, and musician who has sold 25 million albums and scored 17 U.S. Top 40 hits, including “Jessie’s Girl,” “Don’t Talk to Strangers,” “An Affair of the Heart,” “I’ve Done Everything for You,” “Love Somebody,” and “Human Touch.”

He’s an accomplished actor who starred opposite Meryl Streep in the feature film Ricki and the Flash and gave a chameleonic performance as the creepy Dr. Irving Pitlor in HBO’s prestige drama True Detective, earned great reviews for his portrayal of Lucifer on the CW hit Supernatural and most recently played the insane Pastor Charles on FX’s worldwide hit series American Horror Story.

He’s also a talented author — both his candid 2010 memoir Late, Late at Night (which Rolling Stone named one of the 25 greatest rock memoirs of all time) and his 2014 comedic novel Magnificent Vibration earned rave reviews and spots on the New York Times Best Sellers’ list. In 2013, Springfield wrote and recorded “The Man That Never Was” with Dave Grohl for the soundtrack to Sound City — the Foo Fighters frontman’s documentary about the San Fernando Valley recording studio that was Springfield’s home away from home (his manager owned the building). Rolling Stone called Springfield’s touching interview in the film its “breakout story.” In 2014, Springfield was honored with a star on the Hollywood Walk of Fame, located around the corner from the first apartment he lived in when he first arrived in the U.S. from Australia in 1971.

That Springfield has not only enjoyed longevity but remained vibrant and relevant at a time when many veteran artists would be resting on past laurels led Rolling Stone to dub this stage of his career “The Rickonaissance.” “I guess it may appear like that, but in my head, I’ve never really left,” Springfield says. “I think it’s really important to stay connected to the vitality of your career. I have a certain pride that I’m not a total nostalgia act. I’ve never been the guy who hung the platinum albums on my walls because, to me, it was looking back. I’m very passionate about moving forward. I have to write new music. I have to record. I’m always working on live shows. I have to always be working, otherwise, I think I’d just turn to smoke and disappear.”

In 2019, Springfield, released his seventeenth studio album, “Orchestrating My Life,” a career-defining re-visitation of a lifetime of hits from the Australian-born rocker. The album is a collection of all the hits the public loves re-recorded with an electrifying mix of rock and accompanied by a full orchestra. It also includes a brand-new song, Irreplaceable, a song dedicated to Rick’s mother who passed away in 2017. Rick toured and continues to tour this record with symphony orchestras throughout the US and world.

Music has always been a healing force in the Australian-born Springfield’s life. The son of an Army officer, Rick and his family moved every two years. “Which meant every time I made a friend, I knew I’d be leaving him,” he says. “It was super stressful for me. I’d go to a new school and go through the trauma of trying to fit in.” Books and records became his savior. Then at age 11, he encountered his first guitar. “This kid brought one to a Christmas fair at my school in England and it was the most beautiful thing I had ever seen,” Springfield recalls. “He let me hold it. I hit two strings and the two strings happened to be the first couple of notes of the theme song to my favorite cowboy show at the time, Cheyenne. I realized instantly I could play the guitar. Some guys fall in love with cars, some with football teams. I fell in love with guitars.”

It has been a long and fruitful affair, and one that has gifted him with a powerful connection to his legions of devoted fans, who pack his annual fan getaway events, as well as the nearly 100 shows a year he performs both with his band and solo in an intimate “storyteller” setting that he captured on the 2015 CD/DVD and concert film Stripped Down. Though too self-deprecating to discuss his immense appeal, he will acknowledge that the fans connect with him through the music. “I guess they think I’m honest,” he says. “They must like my approach, what I write about. I think they like that I have a sense of humor in it at times. Because the ‘cute’ thing isn’t going to last forever.”

ParqEx has got you covered for the Rick Springfield concert. We’ve got several parking spaces all around Summerfest!