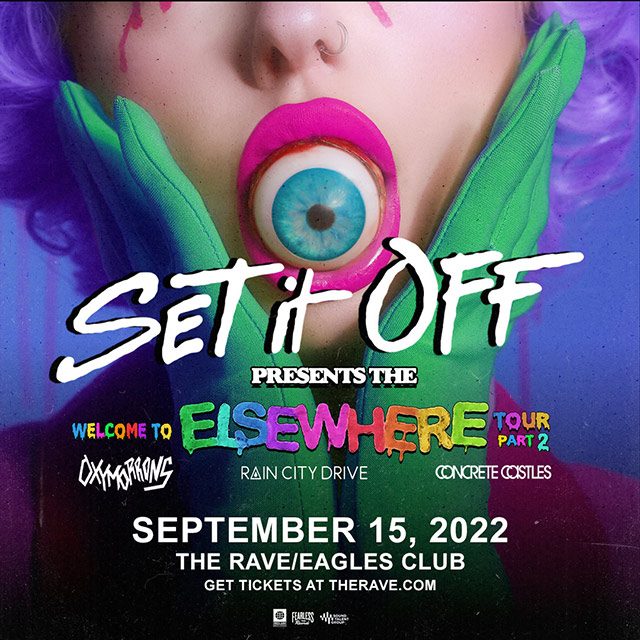 The Los Angeles-based band – comprised of Cody Carson (vocals), Zach DeWall (guitar) and Maxx Danziger (drums) – have become known for creating their own original brand of pop music, infusing bold electronic elements with rock instrumentations and guitar riffs as catchy as the choruses and an overall feel-good, dance-worthy vibe.
The lead single, “Skeleton” off their latest album Elsewhere epitomizes Set It Off – a group both fully committed to its roots and diving into its future by embracing inevitable change. Since forming in Florida in 2008, the genre-blending group has released four previous albums, amassed a loyal following, and relocated to L.A., while their Top 10 Spotify tracks alone have racked up 528 million plays. The band’s full-length debut album Cinematics in 2012 embraced their moodier rock side, and later efforts took on an upbeat pop twist that culminated in a darker synergy of those styles on their last album Midnight. Elsewhere is a transitional, moody, and forward-thinking release, one in which they have faced their demons and come out happier and more full of life than ever before.

ParqEx has got you covered for the Set It Off concert. We’ve got several parking spaces all around The Rave/Eagles Club!