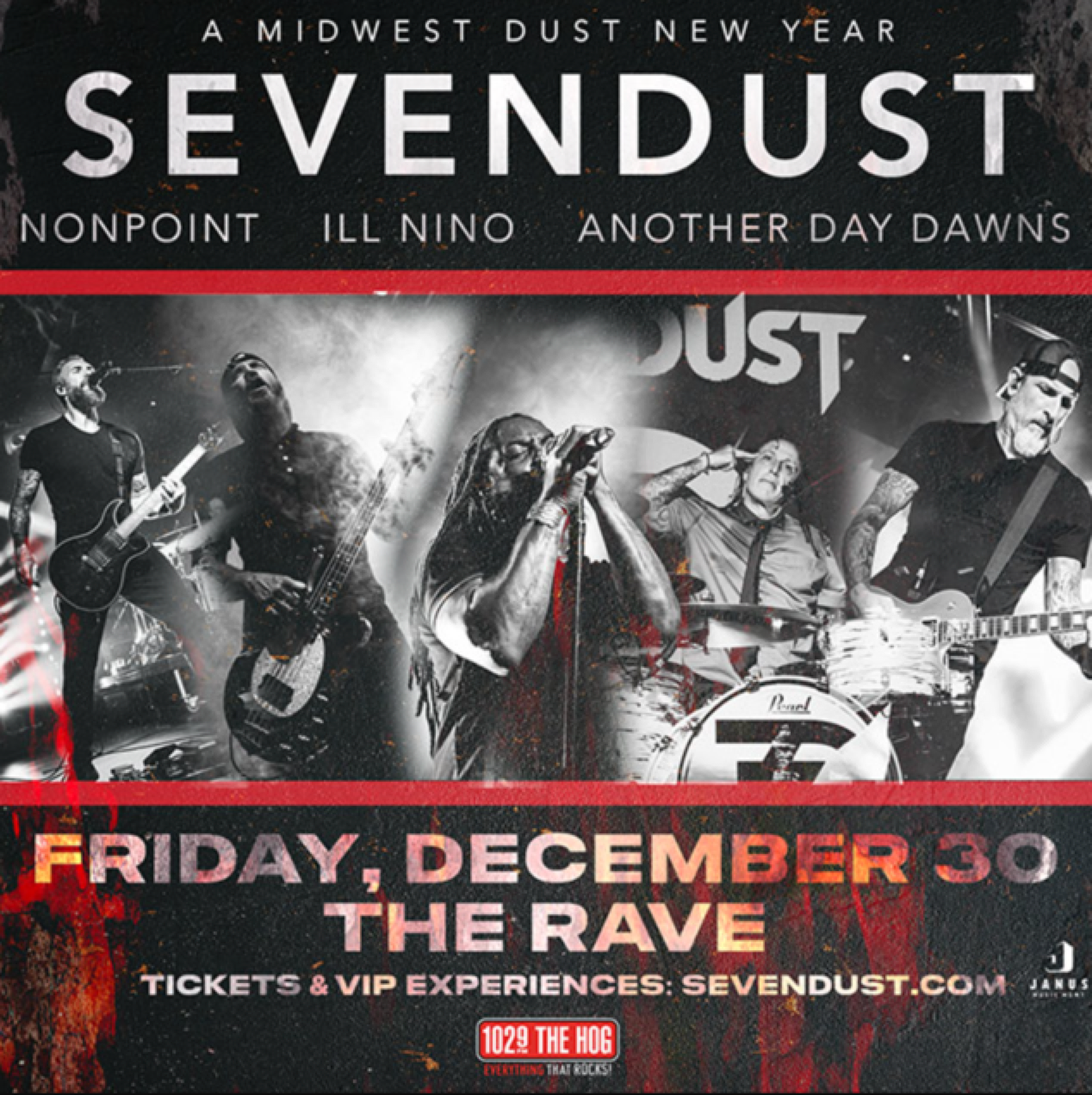 Rock powerhouse, SEVENDUST, makes their 23rd appearance at The Rave – Friday, December 30th as part of “A Midwest Dust New Year.” The band has been playing The Rave/Eagles Club almost religiously since 1997! Along for the ride are two more bands that are no strangers to The Rave, NONPOINT, and ILL NIÑO. Another Day Dawns will begin their history at The Rave with their debut at The Rave.

Of all the times Sevendust has played here with either Nonpoint or Ill Nino, this will be the first performance with all three on the same bill.

Atlanta-based quintet Sevendust are one of the most prominent nu-metal acts, rising above their contemporaries with an aggressive blend of bottom-heavy riffs and soulful, accessible melodies delivered by vocalist Lajon Witherspoon. Over the years, the band balanced the raw energy and brutality of early albums like 1997’s Sevendust and 1999’s Home with increasingly atmospheric production and even late-era acoustic sets on releases like Time Travelers & Bonfires (2014) and Kill the Flaw (2015), home to the Grammy-nominated single “Thank You.”

ParqEx has got you covered for the Sevendust concert. We’ve got several parking spaces all around The Rave/Eagles Club!