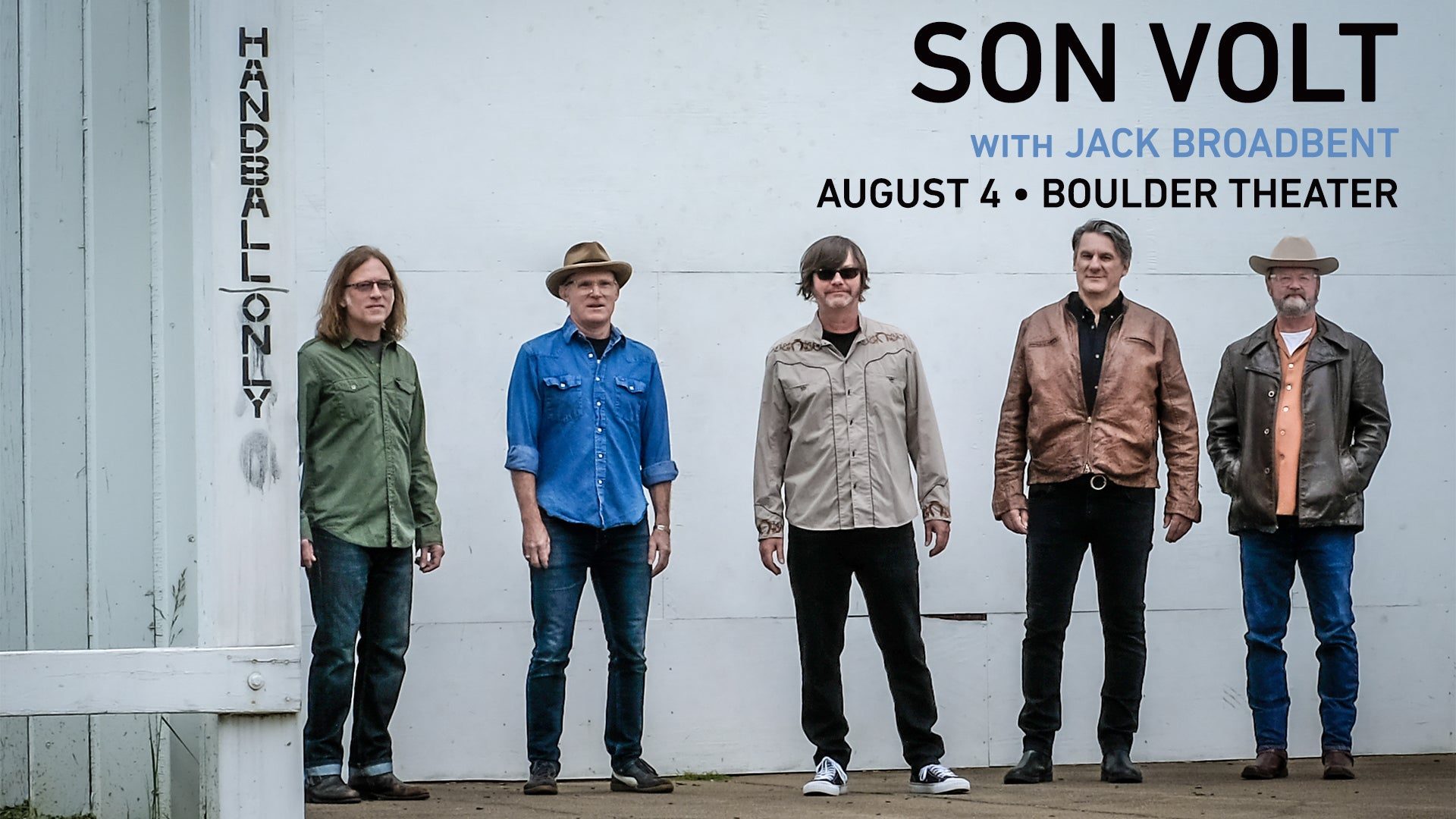 2020 was not quite what Jay Farrar was expecting for the 25th anniversary of Son Volt, the band he started in 1995 after leaving the seminal group Uncle Tupelo, whose No Depression album helped define the alt-country and Americana genre. The group had just finished an Outlaw Country Cruise when the pandemic hit and sent them into their homes on lockdown.
Instead of a triumphant tour marking the illustrious landmark, Farrar was forced indoors by the pandemic, and his “Reverie” during that time helped define Electro Melodier, Son Volt’s 10th studio album – and third for influential Nashville indie Thirty Tigers. The title, taken from the names of two vintage amplifiers from the late ‘40s and early ‘50s, also describes the disc’s unique blend of folk, country, blues, soul, and rock – an electric troubadour with melodies that hit and stick. Social protest songs like “Living in the U.S.A.” and “The Globe,” the former about the promises of this nation gone wrong, the latter referencing the street protests accompanying the Black Lives Matter movement, exist side by side with odes to long-term relationships (specifically his 25-year marriage) in “Diamonds and Cigarettes” and “Lucky Ones.”

Once again accompanied by the current Son Volt lineup – keyboardist/steel guitarist Mark Spencer, bassist Andrew Duplantis, guitarist Chris Frame, and drummer Mark Patterson – Farrar takes a slight turn from 2019’s politically pointed Union to a series of songs that asks questions rather than demanding answers – think of “Living in the U.S.A.” as Farrar’s version of Bruce Springsteen’s “Born in the U.S.A.,” Neil Young’s “Rockin’ in the Free World” or Patti Smith’s “People Have the Power,” an anthem to unite the populace.

“I had more time to devote to and concentrate on the writing,” says Farrar about his enforced quarantine. “We were fortunate in that we had just released Union and toured the country, so we were off cycle. It was still a rough year, but as a songwriter, I was able to make the most of it.”

One listens to Electro Melodier, which opens with “Reverie,” describing Farrar’s contemplative state gazing out his window, enlivened with Mark Spencer’s “Wichita Lineman” guitar riffs and the lush Big Star melodies, and you wonder why no other rock ‘n’ roll bands or singer/songwriters are making albums like this about what we’re all going through.

“I wanted to concentrate on the melodies which got me into music in the first place,” says Farrar. “I wanted politics to take a back seat this time, but it always seems to find a way back in there.”

Listen to the Moog line from The Who’s “Won’t Get Fooled Again” channeled in “The Globe,” or the Led Zeppelin homage in “Someday Is Now,” the nod to gut-bucket Mississippi delta blues in the Lightnin’ Hopkins low-tuned guitar stylings of “War on Misery” or Spencer’s haunting slide on the funereal dirge of “The Levee On Down,” which takes Andrew Jackson to task for everything from the “Trail of Tears” massacre of the Cherokees to his face on the $20 bill instead of Harriet Tubman. The environmentally-conscious “Arkey Blue” nods to a honky-tonk in Bandera, TX, Arkey Blue’s Silver Dollar, where Hank Williams, Sr. allegedly carved his name into one of the wood tables and even quotes Pope Francis on “turbulent rains were never before seen.”

“I’m just asking the same question, how can so much go wrong in a country that is held up as an example to the world of something righteous,” explains Farrar about songs like “Living in the U.S.A.,” in which you can hear doomsaying prophecies like Barry McGuire’s “Eve of Destruction” set to the guitar riffs of Lou Reed’s “Sweet Jane.”

Still based in St. Louis (“It kinda makes sense as a central location for touring because all the interstates connect through here”), Farrar was born in Belleville, IL, where he formed Uncle Tupelo with his high school classmate Jeff Tweedy. “We had similar musical interests and took it from there,” says Jay modestly about the groundbreaking group.

Farrar is grateful to his wife of 25 years, a sentiment which he expresses lovingly on “Diamonds and Cigarettes” – featuring vocals by country singer Laura Cantrell, along with songs like the soulful “Lucky Ones” and “Sweet Refrain,” a song that captures the spirit of Bentonia, Mississippi, home of Skip James along with name checks for local legends Jimmy “Duck” Holmes and the Bluefront Cafe. “These are the Times” was recorded entirely remotely by Zoom, signaling one of the new methods of making music ushered in by Covid.

With tour dates scheduled before the end of 2021, Son Volt is ready to return to what they know best after a welcome period of introspection. “It’s a good time to take stock of what’s lost and what’s gained,” said Farrar. “At this point, we’re not even sure what we’re going to get back.” The songs of Electro Melodier help remind us to be thankful for what we still have – new music from Jay Farrar and Son Volt.

“Daylight brings the clues to the world to life/Make or break gotta do what it takes to survive.” “Sweet Refrain”

ParqEx has got you covered for the Son Volt concert. We’ve got several parking spaces all around the Boulder Theater!