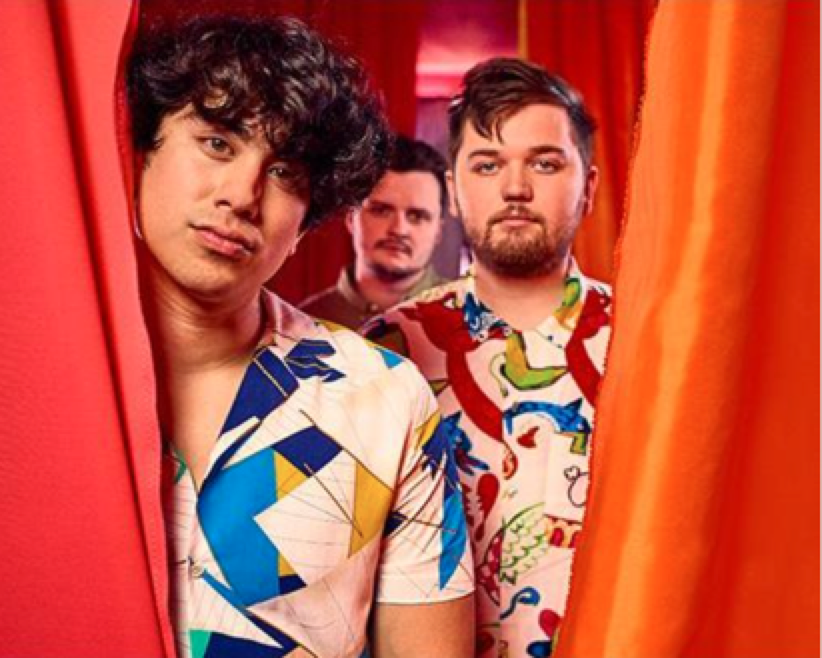 Cellist Calvin Langman and guitarist Ross Monteith started playing covers together in earnest. When Langman revealed some original songs he’d been working on, drummer Luke Davis came aboard to join in a creative genesis that would result in the Awfully Apeelin’ EP from 2016.

After Awfully Apeelin’’s “While You Fade Away” scored a placement on Spotify’s Fresh Finds playlist, the trio dropped out of college to focus on the band full-time; by the time the group’s debut album Concentrate was released in 2018, they’d amassed a growing following. After that album, the band hit the road two years before recording their second album, What Could Be Better, which saw release in 2020 and was written with the band’s live audience in mind.

“We wanted a record that would be electric live,” Langman explained—but right when the band was ready to hit the road behind it, the world shut down due to the COVID-19 pandemic. Undeterred, The Happy Fits got resourceful and staged live streams for fans on their YouTube and Twitch accounts, embracing a “crazy variety show” vibe that included turning their couch into a puppet and, eventually, making music videos for every song off What Could Be Better.

“A lot of our earlier stuff was centered around my coming of age,” Langman reflects while talking about the songwriting process behind this new album. “The pandemic made me take a step back from my personal experiences. So it felt like a weird time to continue writing about myself.”

With a massive anthemic sway and surging synth chorus, “Changes” aptly took many shapes during the recording process, reflecting the constantly-in-motion times in which the band was working. “It developed entirely through the recording process,” Monteith explains. “It had completely different lyrics and a different riff when we first recorded it.”

“Things changed so rapidly during the pandemic that it was hard to keep up,” Langman continues while talking about the song’s themes. “I started to get a little bit down on the world, but it’s a pretty dark path if you’re nihilistic about everything. So the song’s about trying to find love in a world that’s very much on fire.”

ParqEx has got you covered for The Happy Fits concert. We’ve got several parking spaces all around Summerfest!